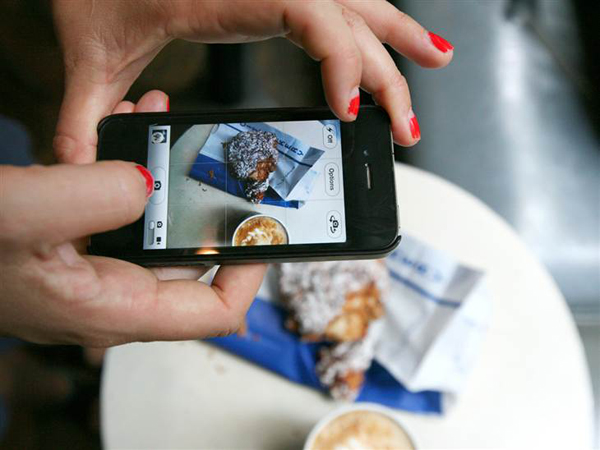 Many of us can’t resist taking pictures of our favourite meals to post on Instagram. But what if your food photography could not only gain you ‘likes’, but help you keep track of your calorie consumption too?

According to Gigaom, the team that created the technology behind iPhone voice recognition system Siri, is currently busy working on an app that can estimate the calorie content of a dish by scanning your snaps and analyzing the different food components.

One of the biggest challenges before this genius new tool can hit the market, however, lies in evaluating the calories in hidden fats like butter and oil.

SRI Ventures executive director Dror Oren told Gigaom that while the app – currently named Ceres – can estimate a fairly accurate range, the team is still trying to figure out how to include ‘invisible’ ingredients in its estimates. SRI believes the technology could become available as soon as next year.

An app offering a similar service, called Meal Snap, is already on the market but has received rather negative reviews. Maybe we’ll just stick to the tried and tested calorie counting for now…

If Indian Summer is my favourite season, then Halloween is undoubtedly my favourite holiday of the year. And it has become a bit of a tradition for my friends and…