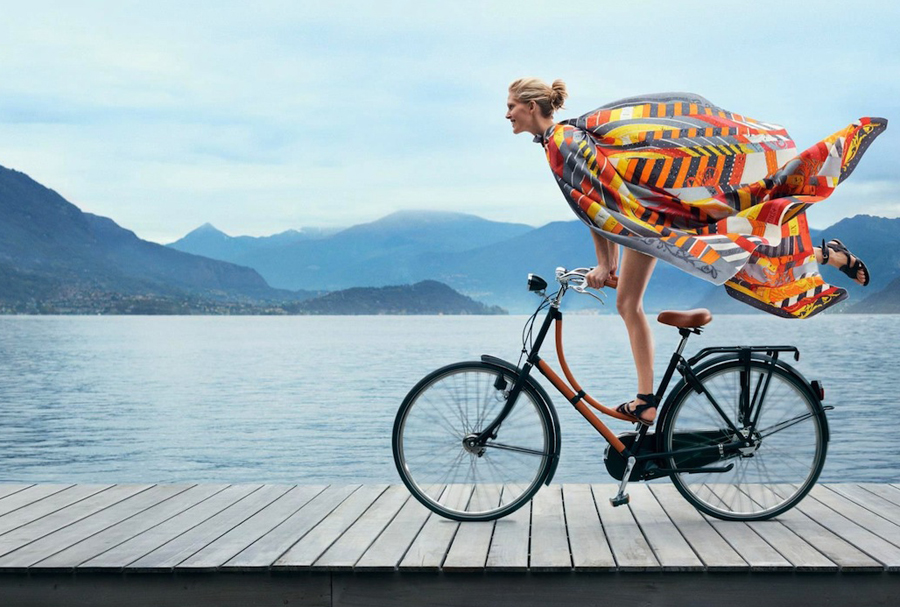 There are many reasons to love cycling. Firstly, it’s a great way to stay active without feeling like you’re actually exercising. Secondly, you get to take in your surroundings as you whiz past them in a way you wouldn’t on the bus, train or the underground (obviously). However, navigating busy city streets and commuter traffic on two wheels isn’t exactly relaxing. So, if you want to get on your bike a bit more, why not try a cycling holiday?

Biking doesn’t have to mean aggressively pedalling the wet roads of Britain in drones of lycra-clad cycling obsessives. Instead, imagine yourself and your preferred travel companion rolling past stunning landscapes, stopping for delicious lunches and wine-tastings and bedding down in comfortable hotels at night. Follow the cultural and culinary trail of your chosen destination while your luggage is transferred for you for minimum hassle. Sounds interesting, right? Activity holiday experts BSpoke Tours and sister company Cycling For Softies offer a vast variety of two-wheeled adventures including European gourmet cycling holidays as well as further-flung biking destinations on the other side of the world. We have picked two of our favourite cycling holiday routes for 2019… 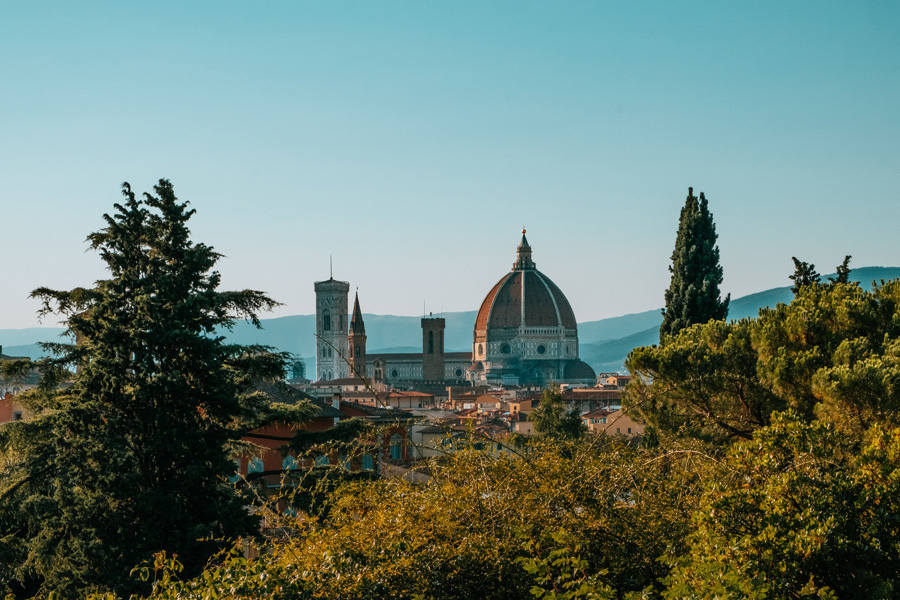 The 2nd of May 2019 will mark the 500th anniversary of Leonardi Da Vinci’s death; the man considered Italy’s ‘universal genius’. With many exhibitions and special celebrations planned to honour the polymath across the country, there has never been a better time to explore Italy’s rich cultural offering on a tour of its most romantic and charismatic cities. This self-guided Cycling For Softies’ beginner-level route will take you from the canals of Venice and the bridges of Comacchio to the early Christian mosaics of Ravenna and, finally, the Renaissance architecture of stunning Florence. Along the way, you’ll pedal through vineyards and fruit orchards, enjoy gourmet meals in Emilia-Romagna, Italy’s foremost pasta region, and generally soak up ‘la dolce vita’. You can choose between high quality aluminium frame touring bikes or electric bikes, with GPS navigation and a tour book including maps, cultural info and lunch suggestions keeping you on track at all times. At night, you’ll sleep in a selection of luxurious 4-star hotels and agroturismos including a regal Italian ‘palazzo’. Pasta and palaces? Sign us up now!

Seven nights including accommodation, return flights and restaurant meals start from £1,995 per person based on two cyclist departing between April and October 2019. 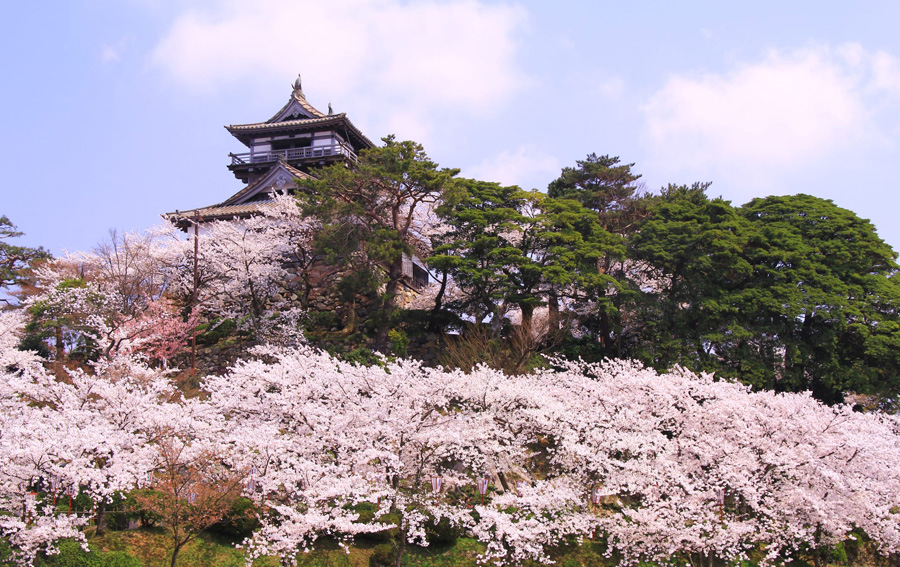 Cherry blossom season is one of the most magical times to visit Japan. Picture courtesy of Japan Travel.

Whether you have been dreaming of your first trip to Japan or are already a committed “shinnichi” (the Japanese term for a Japanophile), Bspoke Tours’ five-day Kyushu Onsen to Onsen guided cycling group tour is a once-in-a-lifetime experience – especially when you travel during the Japanese cherry blossom season between March 18th and April 6th 2019.  Covering a total of 138 miles (221km), you will pass samurai castles, Buddhist temples and rugged volcanic landscapes in some of the most undisturbed spiritual places of Japan. Starting on in Fukuoka on Kyushu Island, the route follows the beautiful Chikugo River as well as exploring the beaches, ports and hidden forest temples surrounding Mount Futago. Discover the picturesque town of Kitsuki – a popular filming location for Japanese movies – and visit Japan’s smallest castle. The last stop on your Japanese cycling adventure will see you relax in spa destination Beppu, where you can experience authentic ‘onsen’ culture and stunning rainbow-coloured hot springs.

Five nights including accommodation, transfers, meals and snacks (as stated in itinerary), tour leader and guides start from £1,850 per person based on departures between March and November 2019. 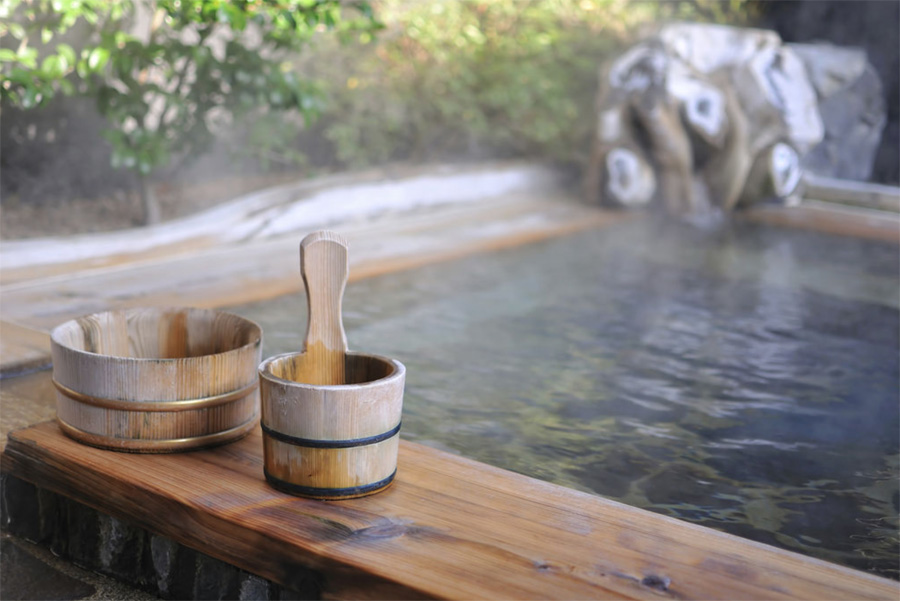 Luxuriate in a Japanese hot spring after cycling to Beppu.