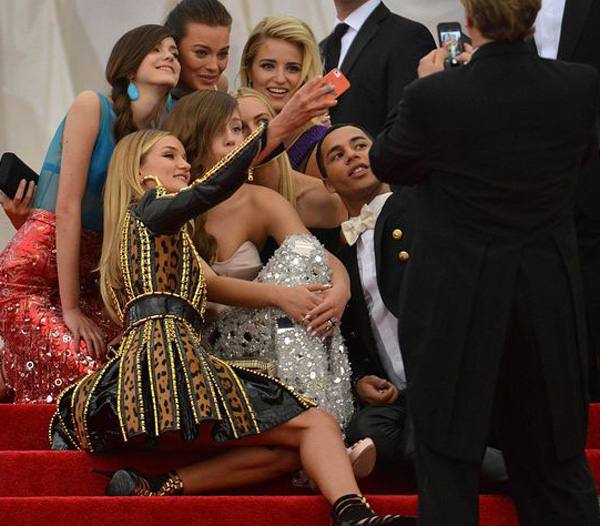 Has the social media ban at the Met Ball been lifted?

The annual Costume Institute Gala is pretty much on par with the Oscars in terms of exclusivity, and unless you are some sort of fashion player, married to Kanye West or have a spare $25,000, it’s impossible to get a glimpse beyond the red carpet coverage you will see everywhere.

Until now, that is. In an uncanny move that is maybe, or maybe not related to this year’s Met Ball theme Manus X Machina: Fashion In An Age Of Technology, Instagram will dedicate a video channel to the best clips from inside the event.

We’re not entirely sure where this coverage will appear from, as in the past guests have been forbidden to use social media, but perhaps host Anna Wintour has relented considering the futuristic theme and society’s unstoppable  obsession with all things Facebook, Twitter, Snapchat and Instagram?

Either way, apparently we will be able to watch the best video footage from inside the Met Ball 2016 via the image-sharing platform’s ‘Explore’ section until 5pm on Tuesday, May 3rd. Apart from the spectacular outfits, with Taylor Swift co-hosting the gala, the Kardashian’s allegedly planning to shoot their OTT family Christmas card on the steps of the Met and pretty much every A-List style icon worth their salt in attendance, we’ll be tuning in for sure.

E! will also cover the event in its Live from the Red Carpet special, with a red carpet pre-show starting at 7pm followed by red carpet fashion at 7.30pm.

We all like to think of our Instagram accounts as interesting and stylish, but now there is one social media whizz who can call his profile ‘award-winning’. From this week, Patrick Janelle…