There is only one word to describe the Glastonbury 2014 line-up: EPIC!

As every year, a number of legendary vintage music acts will be joining Glasto’s line-up and in 2014 those lucky enough to have won the annual ticket race can rock out to performances by Dolly Parton, Blondie and De La Soul.

So if you are in possession of Glastonbury tickets, take a look at the full line-up below and do a little jig around your desk. All others – read, weep and reserve a seat on your pal’s sofa to watch the TV broadcast on June 27-29.

For further information head to www.glastonburyfestivals.co.uk/ 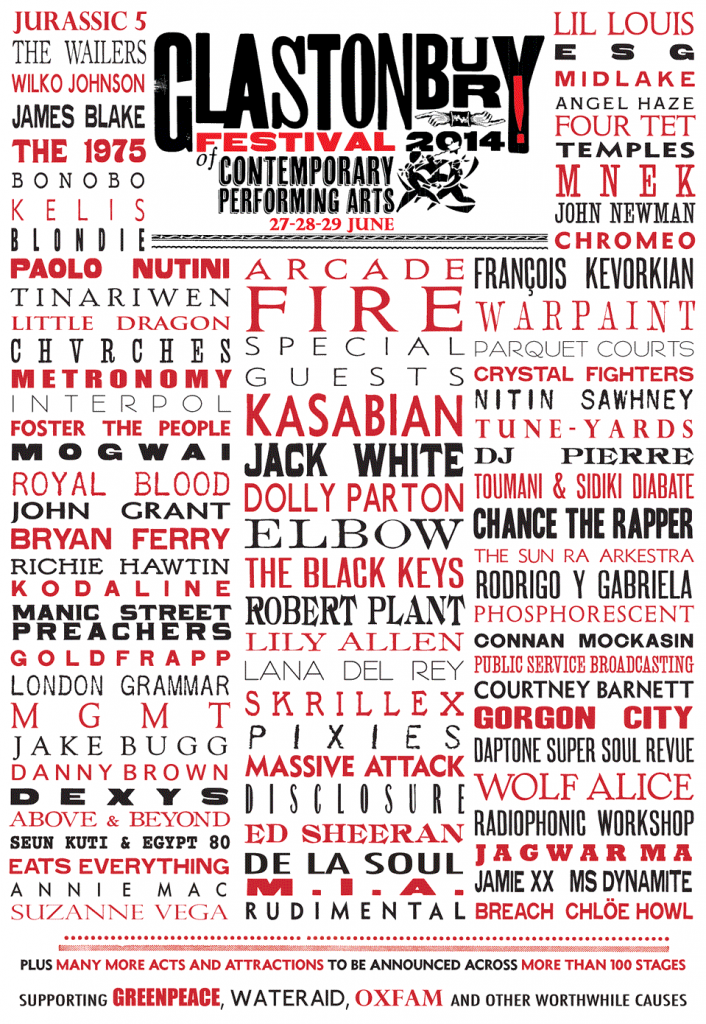 The full line-up for Glastonbury 2014

First there was the topknot, followed by candy cotton shades of pink and ombré tips. But the fashion crowd’s latest hair obsession is a lot easier to create than an elaborate…