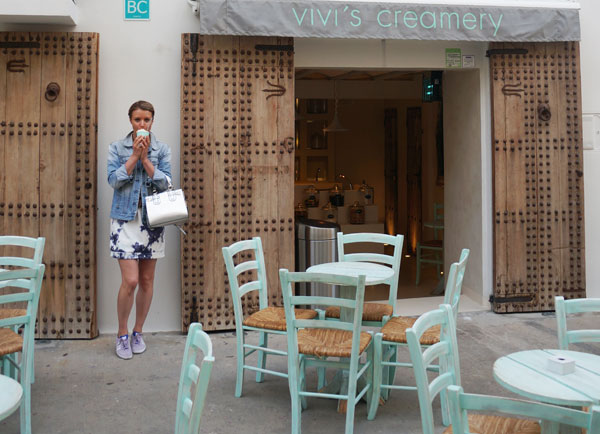 Having a foodie friend definitely has its advantages. Like knowing the best place to get ice cream, for one!

Before I reluctantly had to take Liz to the airport a few days ago we decided to nip into Eivissa for a quick bite to eat. 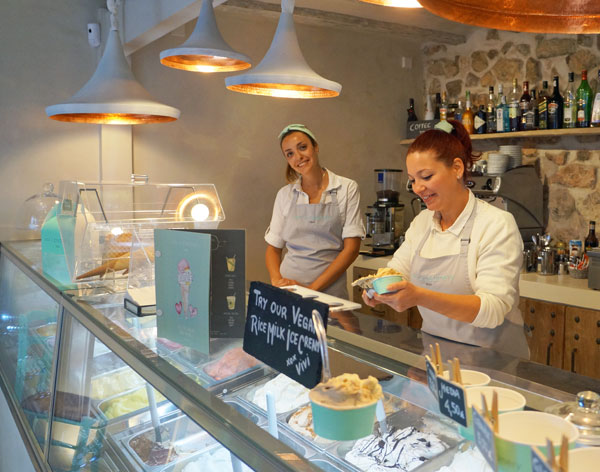 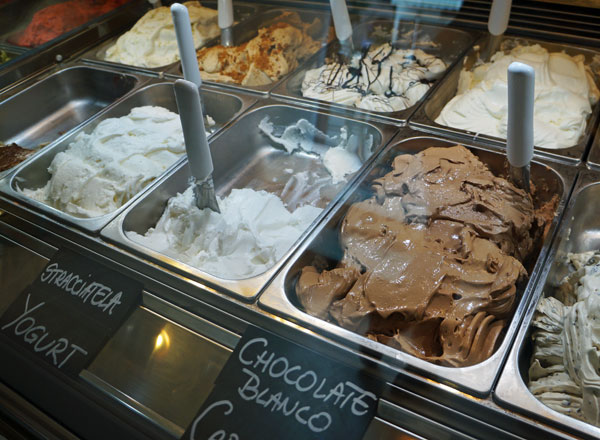 With it being out of season the Old Town was pretty deserted and most eateries shut, especially as it was a) a little bit chilly and b) before 7pm.  Does anyone in the Med actually go for dinner before 9pm? Apparently not…

So we settled for a local favourite just below the fortress on the Plaça de la Constitució, Croissant Show, which is perfect if you want just a small bite to eat and also excellent for people watching! And while we were in a little rush to get to the airport (well, I wasn’t, he he), Liz insisted we stop by Vivi’s Creamery for dessert. 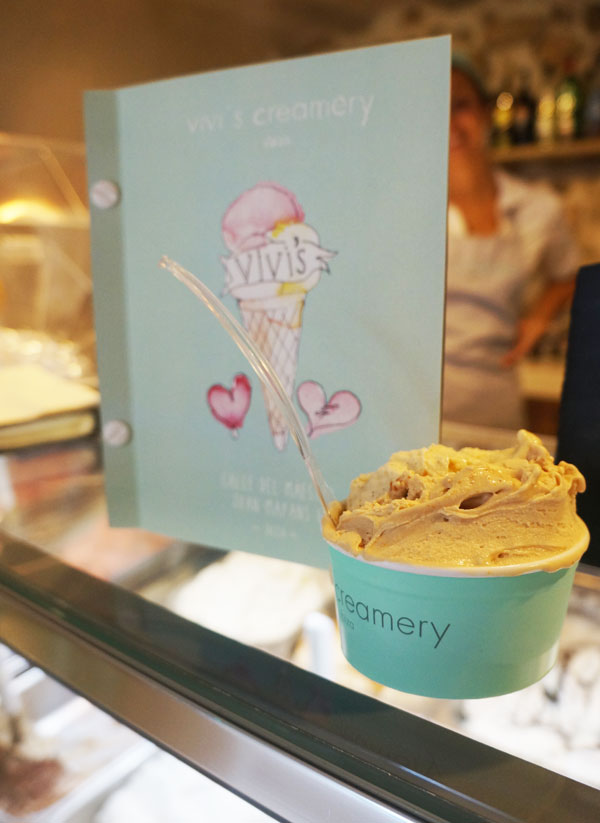 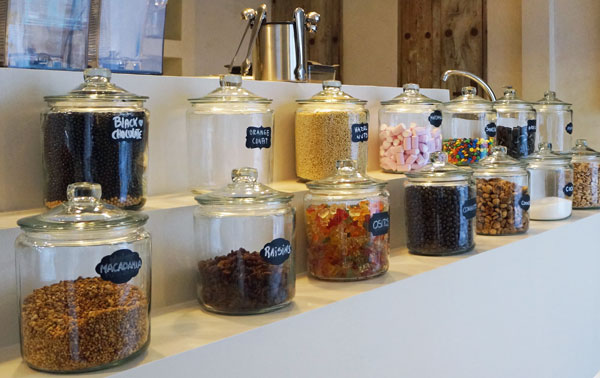 As one half of food and restaurant blog Not Easily Pleased, I knew she wouldn’t risk missing her flight unless the ice cream in question was absolutely delicious. A new addition to the bustling café and restaurant scene of Eivissa, the ice cream parlour opened only last year and is owned by – random fun fact – Formula 1 driver Nico Rosberg and his fiancée Vivian Sibold.

With a huge selection of healthy sorbets and indulgent dairy variations – there are vegan options made from rice milk, too –  we had a tough time choosing but I finally settled on Speculoos (a spiced shortcrust biscuit traditionally served in Germany during the Christmas period) and Haitian Vanilla. 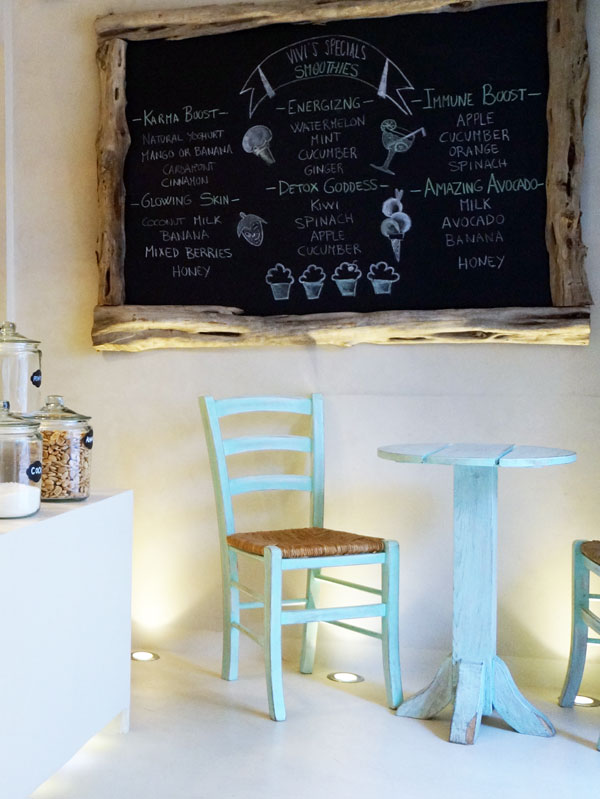 I’m a bit of an ice cream fiend and let me tell you, it was so. good. Creamy, rich and seasoned to perfection, I didn’t even need to hit up the toppings counter offering chocolate flakes, marshmallows, nuts and gummy bears to add to your creation. If we’re talking quality, Vivi’s should be called the Chanel of the ice cream world!

Also, how pretty is the shop itself? Copper lamps, white-washed walls, light wood and pastel turquoise shades are even more testament to the fact that these guys have taste – not just when it comes to helado! 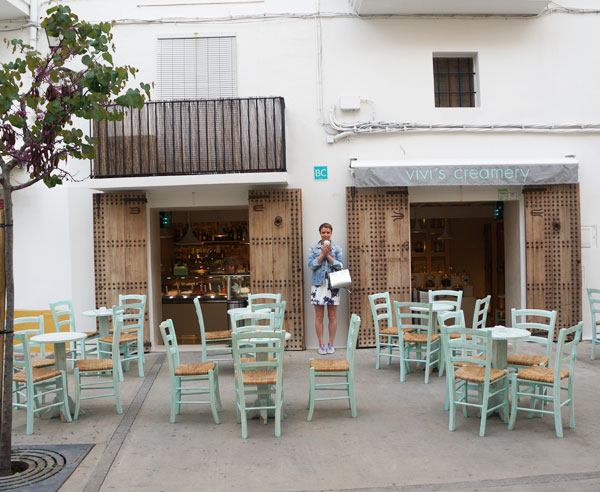 I like to think the ice cream also helped with my newly acquired sunburn. Cooling down from within, right?

Earlier in the day, Liz and I had gone for a walk along the coast and for some reason I decided I would be fine without applying sun cream. No, don’t say anything, I know. With my arms and shoulders rocking a glowing shade of lobster red, I thought it was wise to cover up. 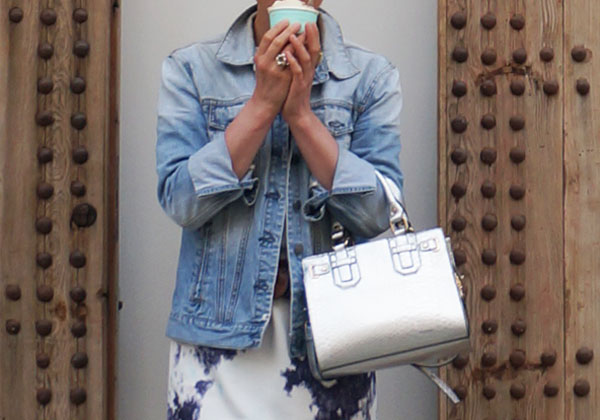 This turned out to be a good idea, as even in late April it can still get pretty chilly as soon as the sun goes down, so if you’re visiting this time of the year it’s wise to bring a few long-sleeved dresses, jumpers and jackets. No, really! I felt a bit ridiculous taking a leather biker jacket to Ibiza, and guess what I have been wearing most nights… Yup. 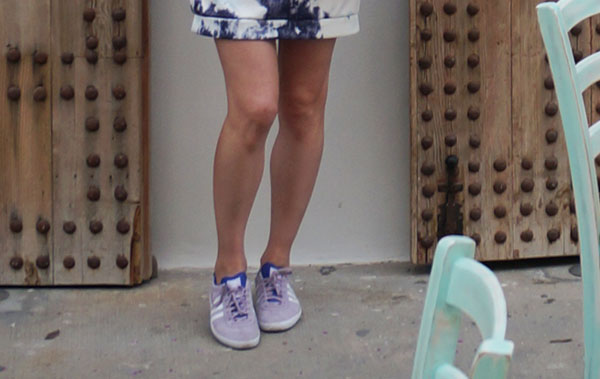 In case you are interested, all details of my ice cream outing ensemble are below… 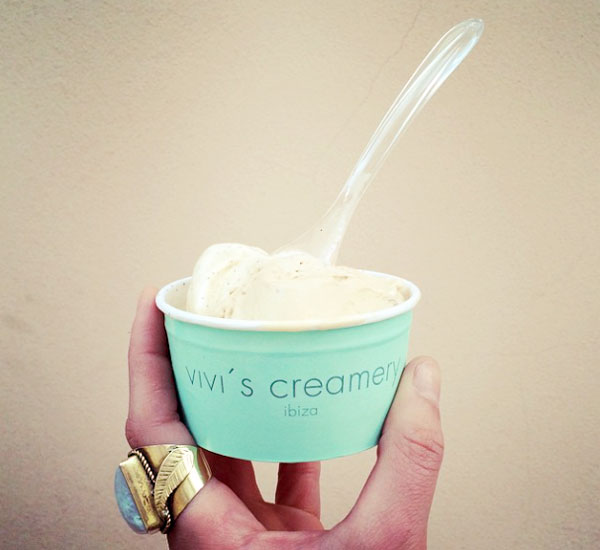 Exposed brickwork can add an instant touch of urban cool to a space, but sadly few properties come with these stylish feature walls included. But don’t despair – if you want…