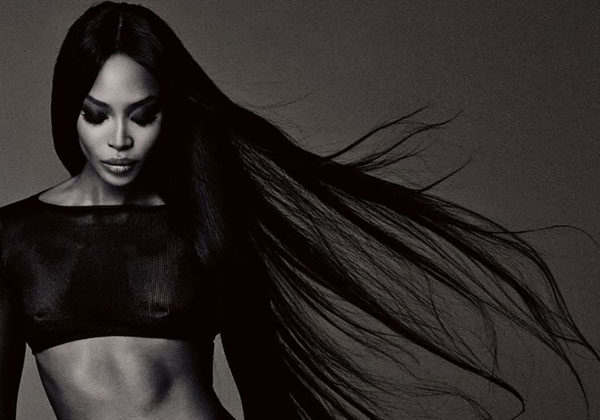 If this piece of entertainment news is true, we’re going to be very, very happy!

According to TV Line, super model Naomi Campbell could be joining the cast of American Horror Story for its fifth season. With rumours claiming the star will commence filming as soon as nest week, she is said to be playing a fashion editor who will ‘ pay the ultimate price for her critiques’.

The cult show, who has already made a sensational signing for its upcoming series Hotel by getting Lady Gaga on board, is set to get “a little bloodier and grislier I think than anything that we’ve done before; it’s straight horror this year” creator Ryan Murphy told Deadline.

With her striking looks, fierce aura and famously strong personality, there is no doubt that Naomi would make a perfect addition for the gripping TV show. Excitingly, her character is said to lock horns with Lady Gaga’s part over several episodes.

Filming for the show began this month with the new series scheduled to premier in October.

Is this the grand Manhattan love nest of Mary Kate Olsen and Olivier Sarkozy?

We always expected style icon turned fashion designer Mary Kate Olsen’s home to be the epitome of glamour, but nothing could have prepared us for the sheer scale of luxury…