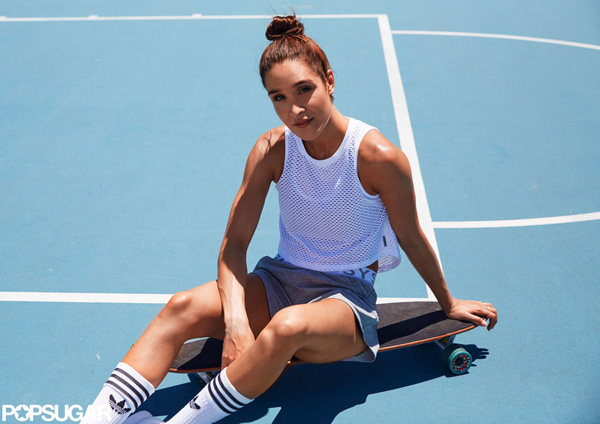 She’s a ‘fitspiration’ and mentor to millions of women thanks to the motivational messages and selfies of her insanely toned body she posts on Instagram, so Kayla Itsines fans will probably be shocked to hear that the personal trainer almost quit her career to pacify her grandparents.

Hailing from a traditional Greek background, the fitness expert told POPSUGAR‘s Australian edition in an interview to celebrate the launch of her Sweat With Kayla app, “It’s not like they stopped me. It was just because I was so young and obviously you know how much I love my family and care about what they think. My grandparents are really funny and at the time I decided this was what I wanted to do I was overly excited, and my grandpa always gives the worst case scenario every time, like ‘you’re a girl’, ‘you’re too weak’, and ‘this isn’t what girls are meant to do’ — he’s very traditional, very Greek.

“My grandma kept saying, ‘This is a dangerous job’ [laughs] — she didn’t want me training men. They kept giving me negative after negative after negative — as Greek grandparents do — and I was like, ‘Stuff this! I won’t do it’. I just care so much about what my family think and I didn’t want to upset them. They wanted me to go to university and have a degree and work a normal job like everyone else. Because I was a personal trainer that wasn’t a sustainable career to them and they were weird about it, I felt like I was letting them down.”

Thankfully, now Kayla’s family are fully behind her and with her hugely successful Bikini Body Guides, world tours and brand new app in hot demand we can’t imagine her going anywhere.

In the refreshingly honest interview, the self-made businesswoman also reiterated that her approach to healthy eating is not about deprivation.

She said, “It’s all about not cutting out foods from your diet. I allow my clients and the people who do my guides to have pasta, to have rice, to have fruit, to have whatever they want to have. I never say to cut out anything, I never cut out anything from my diet. I did try once to eat like [my partner] Tobi — when I first met Tobi he was dieting for a competition and I was like, I’ll just eat what Tobi eats. I started to feel really, really tired and really, really sick and craving all these foods I’ve never wanted before, like I’d crave salt and vinegar chips and I’d never eaten salt and vinegar chips before! It was really weird and it was then I realised that I want women to be comfortable and not see food as a chore when they’re eating.”

Despite the fact that she apparently has a secret Instagram account, Kate Moss doesn’t strike us as the type who loves endless selfies on her (amazing) nights out with friends….