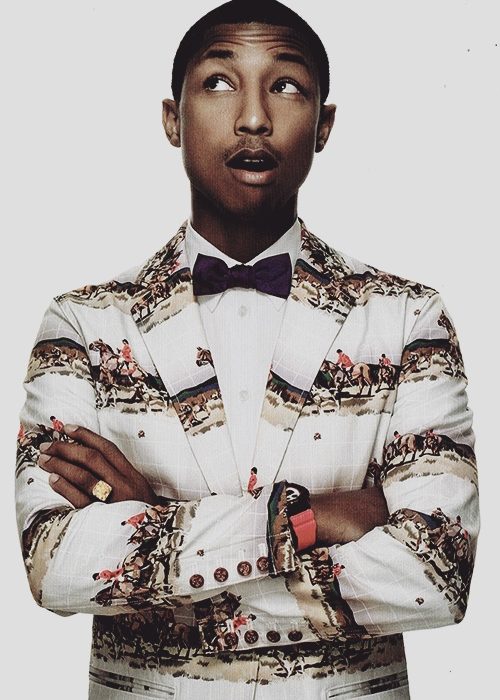 We didn’t think it was possible to love Pharrell Williams any more than we already do.

But our adoration of the multi-talented hitmaker has reached new levels since the Happy singer revealed he is in awe of us! (And the rest of the female population, but let’s not get caught up in pesky details).

Following his performance at the 2014 Academy Awards last week, the prolific lover of unique headwear appeared on Australian TV show The Project to promote his new album GIRL and revealed the record was inspired by his love and respect for women.

He said, ”They are so good to me. The women that come up to me with their toddlers saying that they love Happy, that’s changed my life and changed the way I see things. And the 80-year-old women that will walk up and sing Blurred Lines… crazy!”

Acknowledging the controversial lyrics of the Robin Thicke collaboration, he added, “She said, ‘Yeah, yeah, yeah, yeah, but I just love it’. And that really opened my eyes in a way. I thought, ‘Well I want you to know how I feel about you on my next record’.”

He said, “I want you to know that what makes you different is what makes you special. I wanted to highlight that. You can be a plus size woman and be beautiful – doesn’t matter what I think, what he thinks or what she thinks. It doesn’t matter, your sexual orientation… You, essentially, are responsible for our species.

“If all women, right now, held hands and decided they didn’t like the way humanity was going, they could just say, ‘We’re not going to have any more babies’ and there’s nothing no man could ever do about it.”

You can listen to – and download – Pharrell’s new album GIRL here.

Style icon Kate Moss has designed a beautiful new comeback collection for Topshop – and we think it is her most striking effort yet. The 55-piece range contains four different…