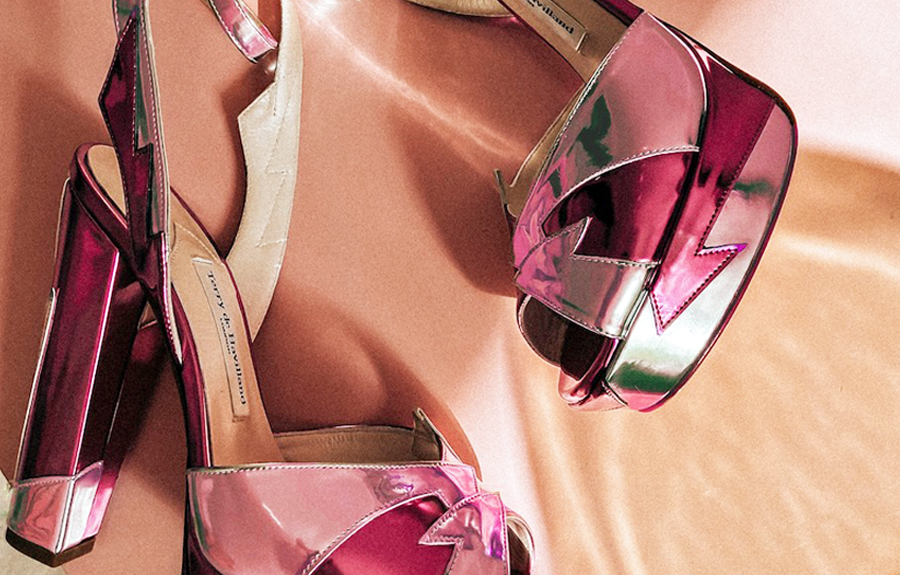 We haven’t had much opportunity to put on our dancing shoes this year – but in preparation for a brighter future, Pikes Ibiza and Terry de Havilland have collaborated to design the ultimate pair of party heels! Flamboyant, flirty and utterly fabulous, the platform pumps make every disco princess worth their salt swoon.

The limited edition shoes were created with the boutique hotel’s mythical former resident Pamela in mind, a style icon who also served as the aesthetic inspiration for the iconic abode’s bright pink restaurant. And who could be more perfectly suited to dress Pamela’s fabled feet than the team who is carrying on the legacy of ‘the rock ‘n’ roll cobbler’ of the ‘Swinging London’ scene?

With a client list that included David Bowie, Led Zeppelin, Bianca Jagger and Marianne Faithful, late British shoe designer Terrence Higgins created a footwear brand with a history as illustrious as that of Ibiza’s most infamous address: Pikes.

Of course, the White Isle’s preferred A-List bolthole – which has provided a ‘home away from home’ in Ibiza to the likes of Grace Jones and Freddie Mercury to name just a few – doesn’t needs any further name-dropping, either. A collaboration between the two brands could only ever lead to something absolutely scene-stealing, and the Pikes x TdH ‘Zia’ platform heels do far from disappoint.

With a vertiginous platform sole and chunky block heel, clashing ‘Pamela pink’ and pearlescent metallic leather, a high-shine finish and jagged flash symbols, it’s inevitable you will make an impact when you step onto the dancefloor wearing these beauties!

Onto the important part. Available for pre-order NOW, the shoes will be released on October 16th 2020 with only a very limited number of Pikes x TdH heels available. Act as fast as lighting and use the code PIKESXTDH15 to get a 15% discount on the heels of your disco dreams. Very generously, the code will remain valid until the end of 2020 and is applicable to all items on the Terry de Havilland website.

Meanwhile, to keep Pikes’ fabled mistress happy, Pamela will get her very own pair of TdH heels – an exclusive, one-off design that will be displayed in her namesake restaurant until she appears to claim them… So if you’re on the island, make sure to swing by for one last hurrah before the hotel closes its doors for winter on October 12th.

Are you ready to graduate from the affordable but not always terribly exciting underwear options High Street retailers offer, but can’t quite afford the Agent Provocateurs or La Perlas of…