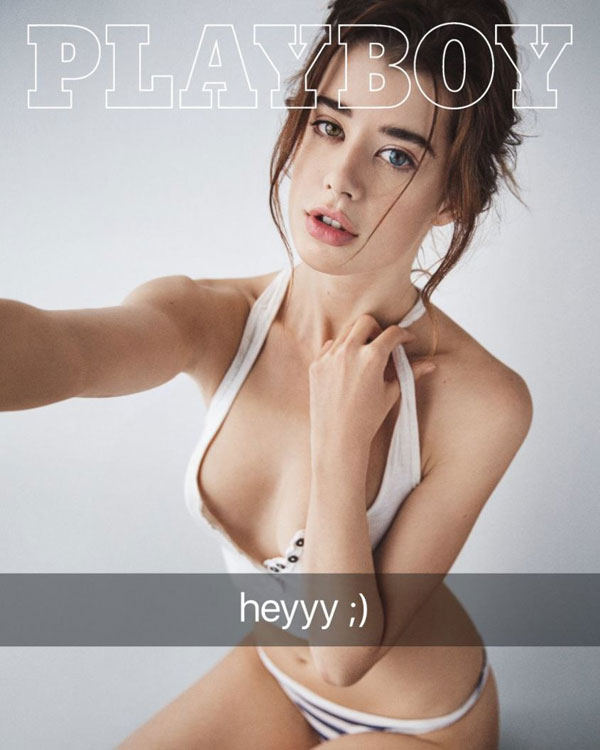 Okay, so we have admittedly never picked up an issue of Playboy magazine before. Not that we can recall, anyway.

But this rather pretty image popped up on our Facebook feed today and… we’re kinda feeling it. The iconic publication recently announced they were no longer going to feature their signature ‘full frontal’ nudity shots, and the upcoming March issue is the first of this intriguing new era.

Starring model and Instagram celebrity Sarah McDaniel, Playboy has successfully pulled off a more current, tasteful look than we would have ever expected. Proving they understand a social media obsessed younger generation, the cover image looks like the kind of sexy selfie some might send in a cheeky Snapchat.

“The idea was to look at me from a boyfriend’s perspective,” cover girl Sarah says of the picture, which was lensed by photographer Theo Wenner.

Having a foodie friend definitely has its advantages. Like knowing the best place to get ice cream, for one! Before I reluctantly had to take Liz to the airport a few days ago…