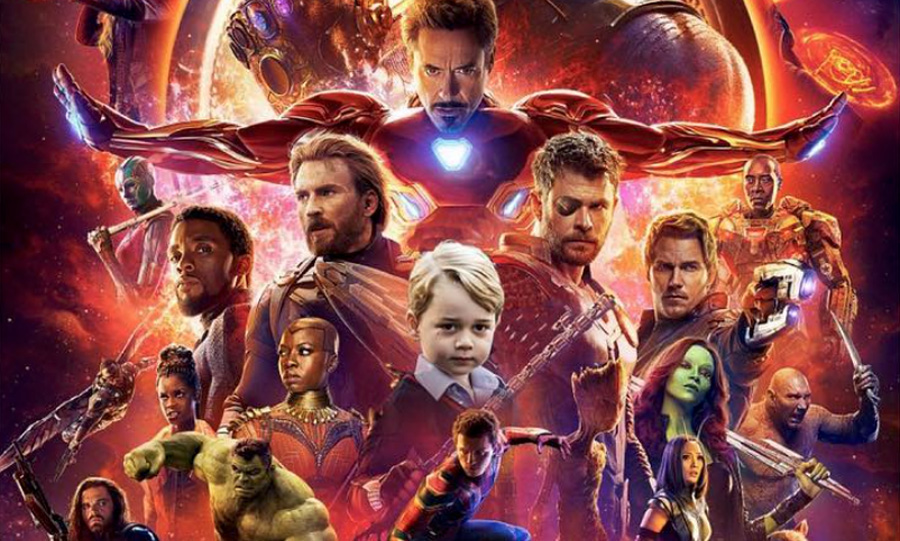 It’s been a rollercoaster few months for the British Royal Family and, following the bombshell news of Prince Harry and Meghan Markle’s abdication, it looks like 2020 is going to continue in the same vein. Whether you’re a fully-fledged supporter of the monarchy or think they are an out-dated waste of taxpayers’ money, American writer and producer Gary Janetti’s Instagram account is throwing a little, erm, light-hearted humour into the conversation.

Clearly a fan of Prince George, The Duke and Duchess of Cambridge’s firstborn son, his fabulous resting bitch face and flamboyant gestures, the producer has us breaking out in evil cackles with his snarky Photoshop edits of the sassy heir. Having written and co-produced the eye-watering politically incorrect cartoon series Family Guy, you can bet Gary takes no prisoners. We guess he’s got a busy few days ahead! 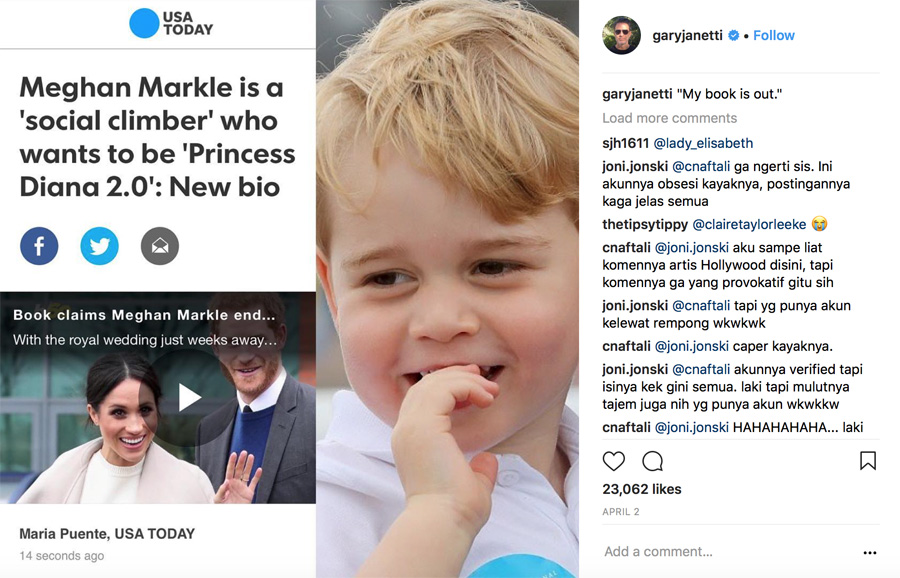 Meghan Markle has been something of a favourite target even before the news of #Megxit, although Gary seems to have gone easier on the former Suits star since the birth of Prince Archie. Disapproving of Meghan marrying into the Royal Family, the fictitious Instagram version of Prince George has hilariously taken aim at her TV back catalogue, wardrobe and romantic past – not unlike cynical baby Stewie’s musings on Janetti’s hit show. So in the wake of ‘Megxit’, we can’t wait to see what Gary will come up with next. 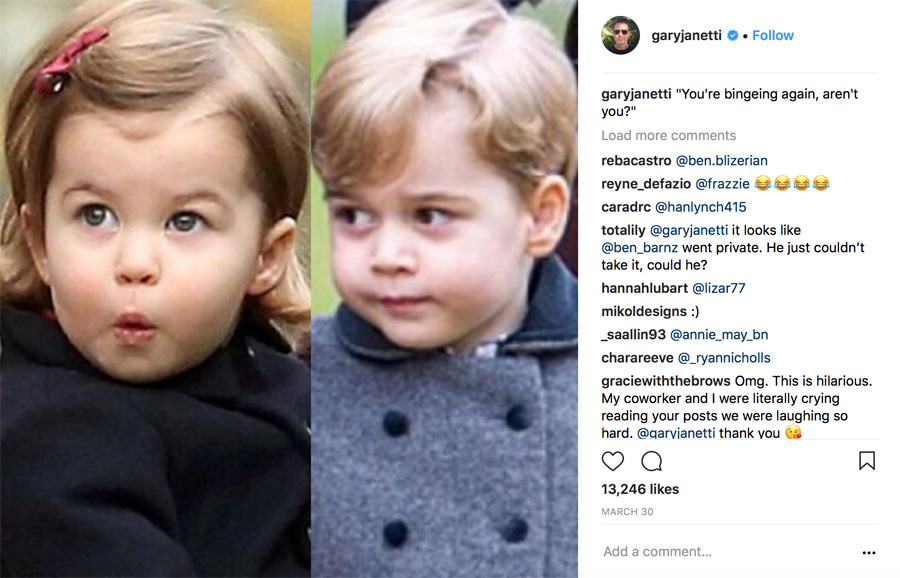 But it’s not just Meghan who is in the firing line: Camilla, Duchess of Cornwall, George’s younger sister Princess Charlotte and, of course, his equally expressive baby brother Prince Louis Arthur Charles all get a ribbing. Even his own mother Kate Middleton (are we still allowed to call her that?) isn’t save from the fictitious version of the future King’s vicious observations. Do yourself a favour and follow @garyjanetti, because while the Prince George spoof account might be harsh, it’s also funny af. And bound to be very busy indeed.

Credit: All images via @garyjanetti. 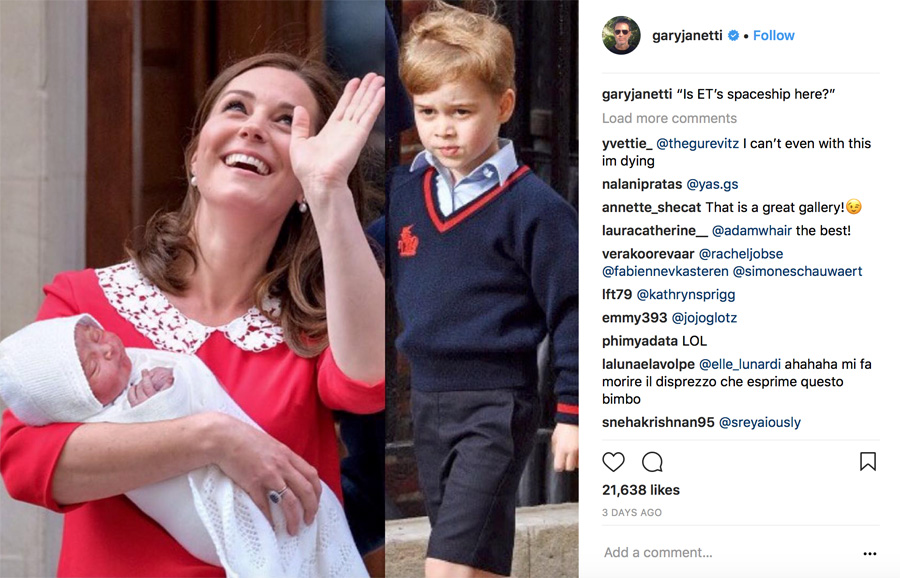 London’s fashion industry is renowned for embracing creativity, individuality and eccentricity. Famously open-minded and home to a vast variety of different scenes, nationalities and cultures, the capital’s city dwellers aren’t…