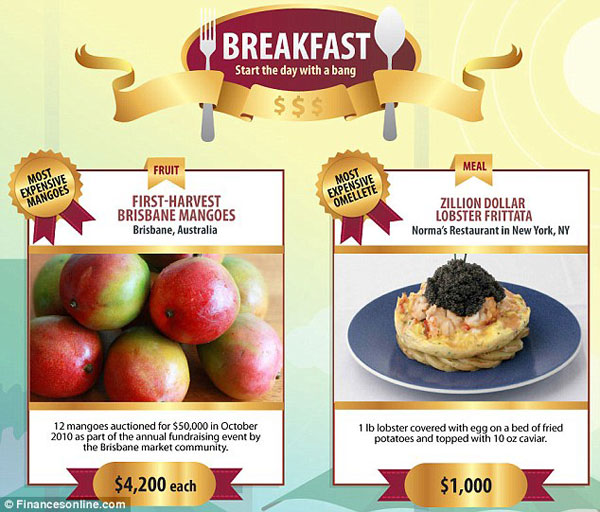 The world’s most expensive foods include mangoes and frittata

The Tribe team has been to some pretty decent restaurants over the years – you can see some of them here – and recently enjoyed an awesome king prawn spaghetti at Sergio’s in central London that we dubbed ‘luxurious’ at £22.

Little did we know how much of a bargain our pricey pasta was in comparison to some of the exclusive artisan meals available all over the globe. 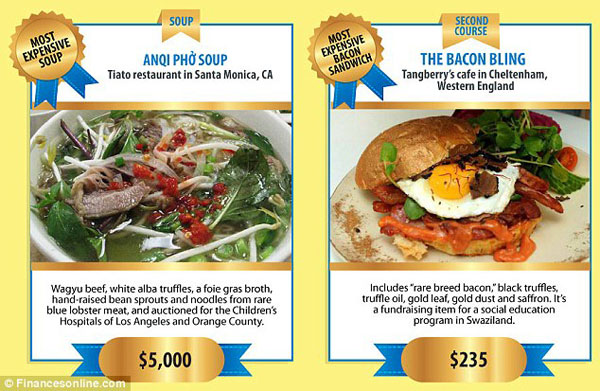 From ‘first-harvest Brisbane mangoes’ priced at $2,400 per piece to a $235 bacon sarnie, FinancesOnline.com has revealed some of the world’s most expensive dishes and ingredients available to anyone with a black Amex and an appetite for the ridiculous.

As sushi-obsessed food lovers we do value a decent bit of Japanese cuisine ourselves, but we’d probably draw the line at a $2,700 gold leaf wrapped, diamond and pearl garnished salmon selection.

Meanwhile, the Frrrozen Haute Chocolate Ice-cream served at New York’s Serendipity 3 restaurant will set you back $25,000 – but includes a golden spoon that can be taken home. Right… 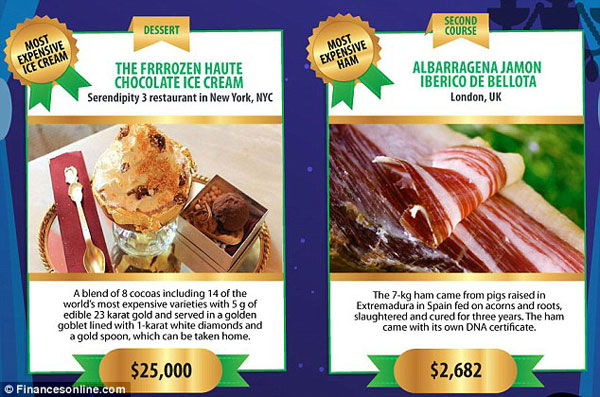 So take a look at the world’s most expensive foods and should you ever find yourself presented with one, you know you better clear your plate.

London Fashion Week is famous for attracting the most creative, eclectic and stylish dressers from all over the globe, so naturally we have been busy hunting down some serious fashion…