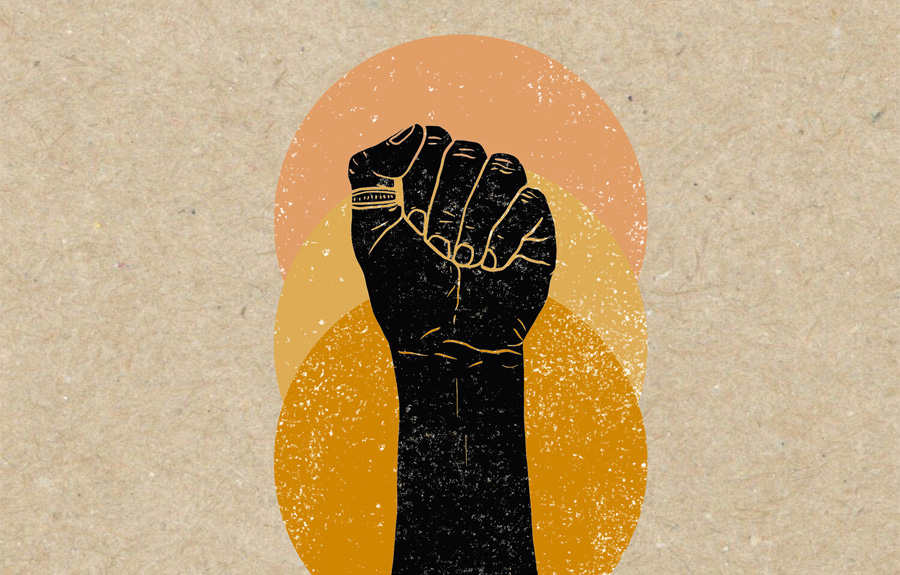 The inhumanly cruel and unnecessary death of George Floyd is undeniably one of 2020’s most heart-breaking chapters. It marked a dark day not only for the Black Lives Matter movement, but the world. On May 25th, the 46-year-old Black man was killed in Minneapolis, Minnesota, after White police officer Derek Chauvin knelt on his neck for almost nine minutes. Surrounded by onlookers who pleaded with the police to stop, Floyd was handcuffed and lying face down on the street while he was suffocated.

The tragic incident has sparked global shock and outrage, with protesters of all ages and nationalities taking to the streets to pledge their alliance to the Black Lives Matter movement and demand justice for Floyd. Chauvin has since been dismissed from the police force and is charged with second-degree murder. He made his first court appearance on Monday, June 8th. The three other police officers present at the scene have also been fired, and were charged with aiding and abetting.

But, as many of us are sadly aware, the headline-grabbing murder of George Floyd is far from the only case of racially motivated injustice and crimes against Black people in these supposedly forward-thinking and ‘woke’ times we live in. In an age where the hashtag #bekind may be trending, it certainly isn’t applied to all mankind.

Racism, the Black experience, and White privilege are arguably some of the most sensitive, difficult and contentious topics to discuss. It can be hugely uncomfortable and intimidating to enter into these desperately needed – yet often avoided – conversations.

But even amongst those who have never experienced racial discrimination themselves, or appear socially and economically far removed from the situation, Floyd’s horrifying death has served as a wake-up call that simply cannot be ignored. ‘Enough is enough’ is a sentiment that has been echoed on protest marchers’ signs all over the world.

Like many others, in the days and weeks since George Floyd’s passing we have felt woefully undereducated, embarrassingly ignorant and ashamed of our own privileges. We have been scared to say the wrong thing; to unintentionally offend or, even worse, post something counterproductive to the cause. However, we believe the only way through this discomfort is to listen, learn and share.

If, like us – and millions of other people around the globe – you posted a black square on #BlackOutTuesday to show your support for the Black Lives Matter movement and want to do more, the next step is to educate yourself. Many of those who are already further ahead in the ongoing commitment to education and alliance have shared resources that will help you gain a better understanding of racism, the Black experience and White privilege. There are also plenty of organisations you can support that help those in immediate, as well as longer-term need.

We have put together a list of content to read, watch, stream or absorb otherwise that simply intends to highlight a place to start. It is, of course, by no means exhaustive – and if you would like to contribute further materials or insight please reach out to us on social media or via info@tribethemag.co.uk.

Where You Can Donate

The Official George Floyd Memorial Fund
The official George Floyd GoFundMe page has already received a record-breaking number of individual donations – the highest in the crowdfunding platform’s history. According to Floyd’s brother Philonise, who manages the page, donations will go towards “funeral and burial expenses, mental and grief counselling, lodging and travel for all court proceedings, and to assist our family in the days to come as we continue to seek justice for George.”  Furthermore, a part of the money will be assigned to the Estate of George Floyd “for the benefit and care of his children and their educational fund”.

Minnesota Freedom Fund
An organisation that pays the bail charges of those arrested during protests, the Minnesota Freedom Fund works with the National Lawyers Guild and Legal Rights Centre to help pay bails that are set. “In awe of the support coming through right now,” the team has asked to also connect to other groups “out in the field”, such as Racial Justice Network and Black Visions Collective (more on which below).

Black Lives Matter
The network behind the name in the headlines, #BlackLivesMatter was founded in 2013 in response to the acquittal of Trayvon Martin’s murderer. Black Lives Matter Foundation, Inc, has since morphed into a global organisation that operates across the US, Canada and the UK. Its mission is to eradicate White supremacy and build local power to intervene in violence inflicted on Black communities by the state and vigilantes.

The NAACP
Founded in 1909, the National Association for the Advancement of Colored People (NAACP) describes itself as “the nation’s first and largest grassroots–based civil rights organisation” and combines over 2,000 volunteer-run branches. Its mission is to secure the political, educational, social, and economic equality of rights in order to eliminate race-based discrimination.

Books You Can Read

So You Want to Talk About Race by Ijeoma Oluo

Me and White Supremacy by Layla Saad

When They Call You a Terrorist by Patrisse Khan-Cullors

I Know Why the Caged Bird Sings by Maya Angelou

The Sellout – A Novel by Paul Beatty

The Color Purple by Alice Walker

Incidents in the Life of a Slave Girl by Harriet Jacobs

What You Can Watch

When They See Us

I Am Not Your Negro

Where You Can Listen

Yo, Is This Racist?

Pod Save The People with DeRay

Come Through With Rebecca Carroll

Shared by @perkin_amalaraj, this extensive Google Document lists a vast variety of petitions, organisations to support, educational sources, events, tips for protesters and much more. The document was created to show how you can support the Black Lives Matter movement from the UK, but contains lots of useful information no matter where you are in the world.

Picture credit: All images have been created by the wonderful Rosanna Morris, who is offering each of these graphic art designs and others as free downloads for protesters and allies on her website to support the Black Lives Matter movement.

Black Lives MatterEducationWe Stand With You

Jeté into the magical world of Ballerina Project

Lots of little girls dream of becoming a ballet dancer so it’s no surprise the stunning Ballerina Project Instagram account leaves the inner child of us in awe. Created by photographer Dane…