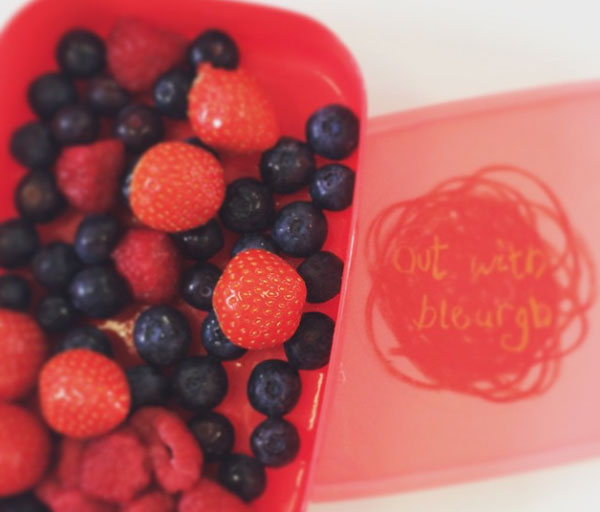 Fruit and almonds have become a go-to sweet treat…

I started the first week of our sugar-free month with equal amounts of trepidation and a ‘can do’ attitude because initially I always find new challenges exciting.

After cramming in the last remnants of chocolate and ice cream over the weekend, on Monday I started my first sugar-free day with a textbook hot water and lemon juice to help the old liver and digestive system get going. But despite my best intentions to do a lot of home cooking over the next 30 days, I once again didn’t manage to do a decent food shop and had to improvise.

As anyone knows and most nutritionists will tell you, preparation is the key to success when it comes to avoiding hunger pangs and unhealthy snacks. Sadly, it’s something I have been bad at all my life.

Instead of stocking up on lots of healthy foods, I did a very rudimentary shop at Tesco Express on Sunday afternoon which would cover me for breakfast the next day but not far beyond that. This meant that, for the next few days, I would have to make my life a lot harder by having to check every shop-bought meal for ingredients and pester the staff of my local food chains to get out huge folders with nutritional information to scour each dish for the presence of sugar. I think I made a lot of new friends that week… 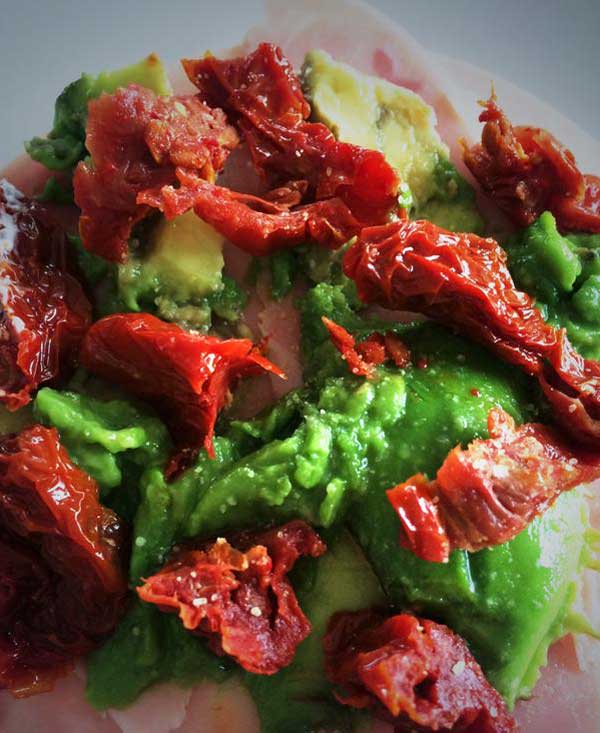 One of my favourite breakfast staples. (Hopefully) Sugar-free.

The first day of my sugar-free food diary looked like this:

Knowing that several of my colleagues were also cutting out sugar really helped me stick to it. The ‘team challenge’ mentality made it easier to stay strong in the face of temptation because I didn’t want to let the side down, so to speak.

On my first night out with friends – who aren’t avoiding sugar – I resisted a delicious Busaba Thai meal and ordered chicken skewers and salad, dressing on the side, instead. Only after quizzing the waitress on the sugar content of the marinade, of course. Yes, I officially became that person.

When it came to drinking, our rules only allowed vodka, soda and fresh lime. All night. My friends and I headed to Calooh Callay in Shoreditch, known for its extensive cocktail list, but no. I was not going to fall at the first hurdle. In my desperation, I asked them to jazz up my ‘Skinny Bitch’ beverage with grapefruit slices, which was kind of fun. Kind of… 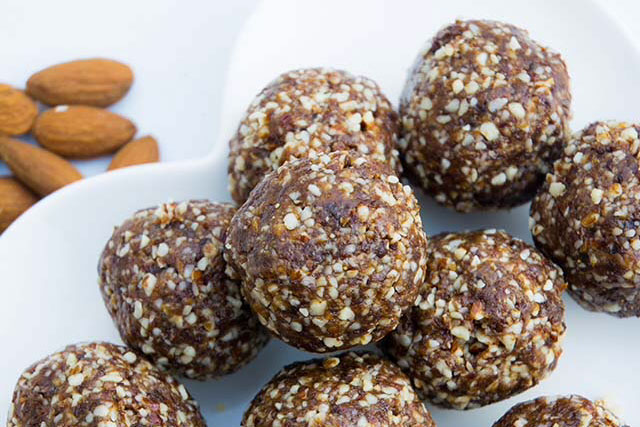 Sugar-free yet sweet, these snack balls are the perfect treat!

On day three, I brought in homemade Cinnamon Raisin Almond snack balls for everyone at work, which is very unlike me because I’m not exactly a kitchen whizz. I found a super simple recipe on the Deliciously Ella app that ended up becoming a real life saver as it only takes ten minutes to make and tastes amazing.

The raw Cinnamon Raisin Almond Balls are made from just four ingredients – ground almonds, almond butter, raisins and cinnamon – and hugely helped with my sweet cravings.

In terms of exercise, I didn’t make it to the gym quite as much as I would have liked, but I managed one Bodycombat class as well as going on a three-mile run with my boss Jess during our lunch hour. I also did two shorter runs in the countryside over the weekend, which was lovely. 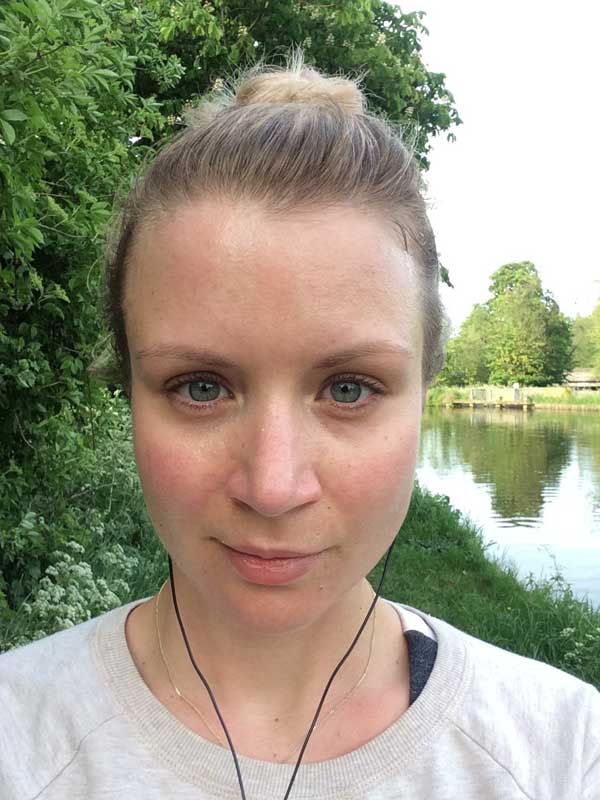 Never thought I’d say this, but running outdoors can be quite enjoyable… 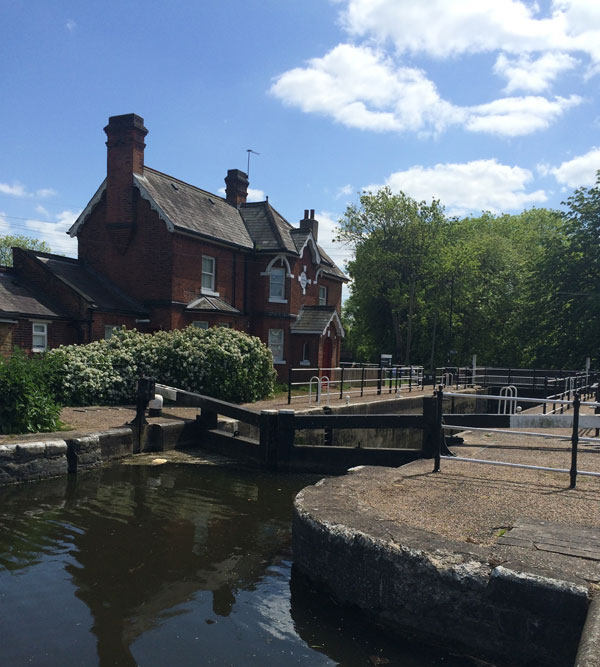 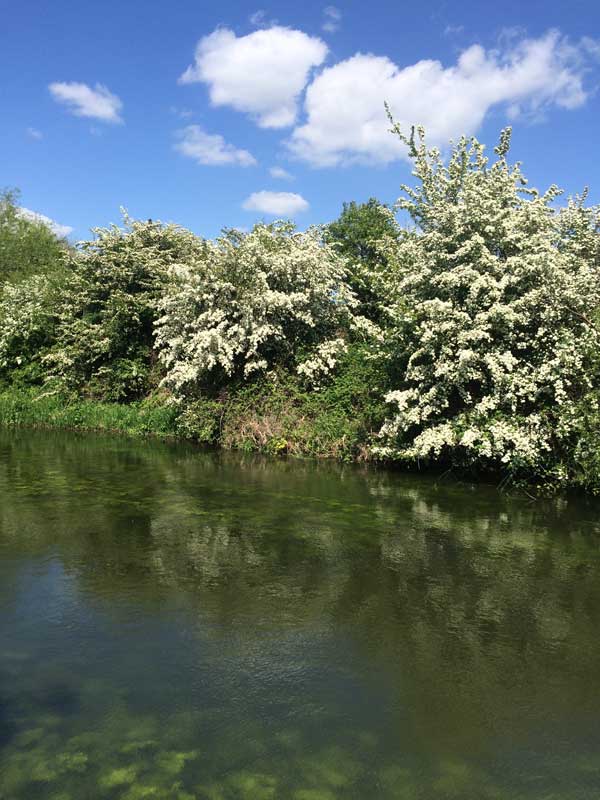 The river Lea in Lee Valley. Confusingly named but beautiful.

On day four, both Jess and I had a dream about falling off the wagon and binge-eating sweets. A coincidence? Hmm… But other than that, I thought Week One really wasn’t that bad. At all.

I guess you might be interested in the results… After only four or five days, I weighed myself and had lost 0.8kg, which is just under two pounds. And that was without starving myself or hugely increasing my workout regime.

Admittedly, some of this weight loss is probably due to the fact that I couldn’t be bothered to cook myself a lot of healthy dinners and instead of grabbing something unhealthy as I usually would I just ate less. On a particularly dire night, all I had for dinner was a baked sweet potato with pesto dressing because the cupboards were empty once again.

I told you, preparation… It’s everything!

See how I got on during my second sugar-free week here.

Sweet dreams are made of these… stunning bedrooms! From statement walls and luxurious linens to quirky accessories and scatter cushions, give your boudoir a boost with these great ideas. Five…