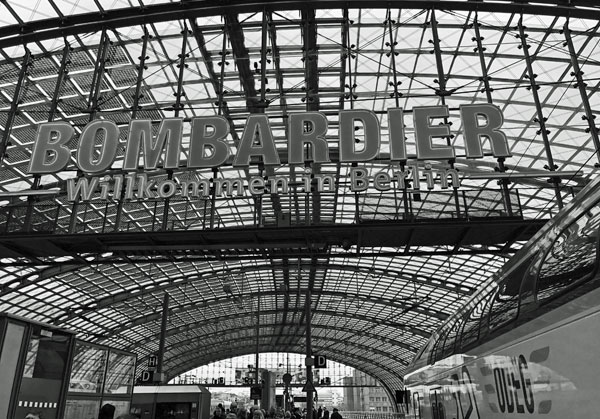 During my most recent trip, a whirlwind stopover in Berlin en route to see my family in Germany before jetting off to the White Isle for my second season with Essential Ibiza, I discovered that I’m not very good at city breaks – especially not when they are short. Partly because I enjoy a good hotel and its facilities too much, partly because I tend to operate on an internal clock that runs approximately three hours behind what I assume would be the average person’s schedule, I always run out of time to explore the destination in much detail.

This has happened to me before, when I stayed in Dublin for one night and got so distracted by The Dean Hotel and its amazing interiors, and it happened again just now in Germany’s super trendy capital. Now, I can use the bad weather as an excuse for not venturing out to explore the city further, and make an excuse about being German and therefore already knowing a lot about the history that marks Berlin, but really, it mostly came down to room service, a visit to the hotel’s spa and my own laziness. 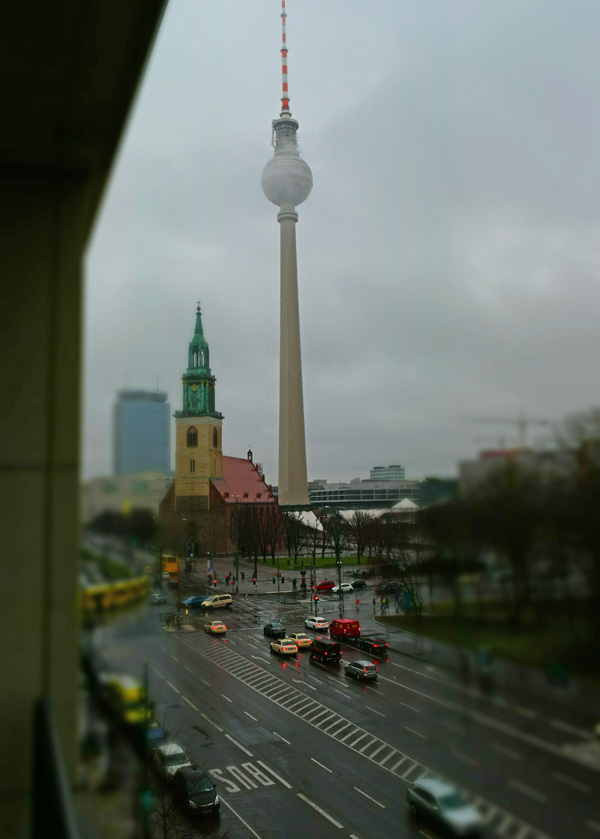 I was staying at the Radisson Blu in central Berlin, highlights of which include the convenient location right next to the river Spree and views on the Fernsehturm, but also a rather cool lobby and bar dominated by a huge dome of a tropical fish tank and some tasty food and cocktails. Arriving from Berlin Schoenefeld via a short train journey right into the heart of the city – seriously, save yourself the taxi money, it’s easy and costs only around 3 Euros – I was hungry and, looking at the grey sky and rain outside, ordered a double Currywurst and fries to the room. A little work session later, I went for a mini workout, swim and sauna in the hotel’s wellness area. May I remind those of a sensitive nature that in Germany, you sweat in the buff… 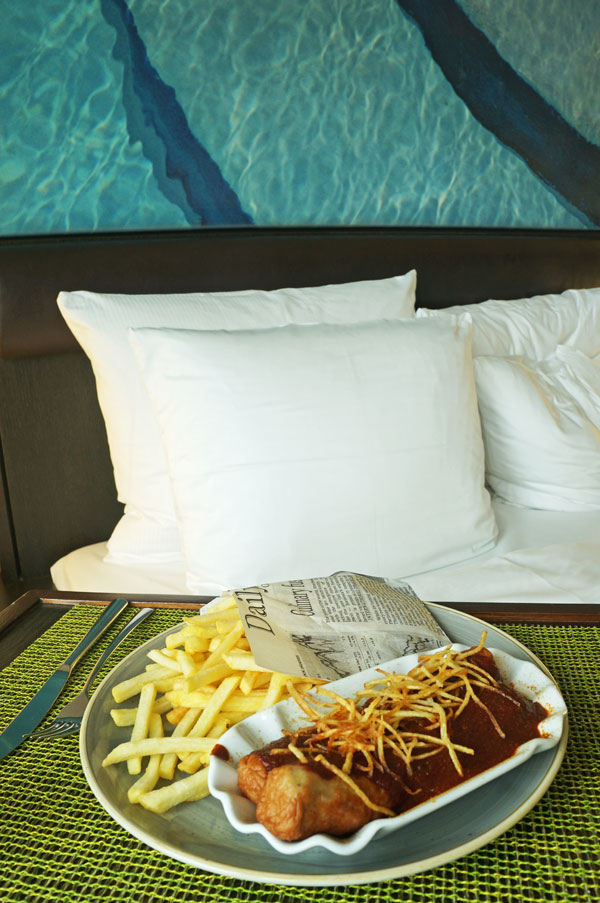 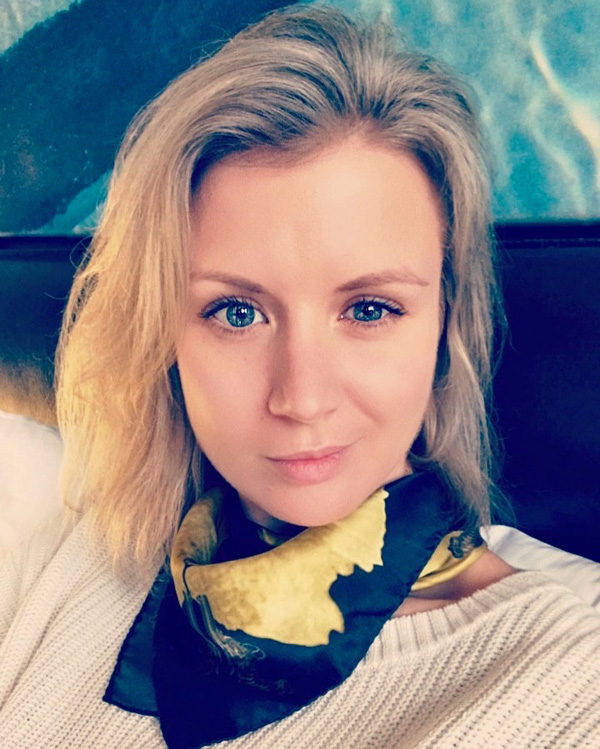 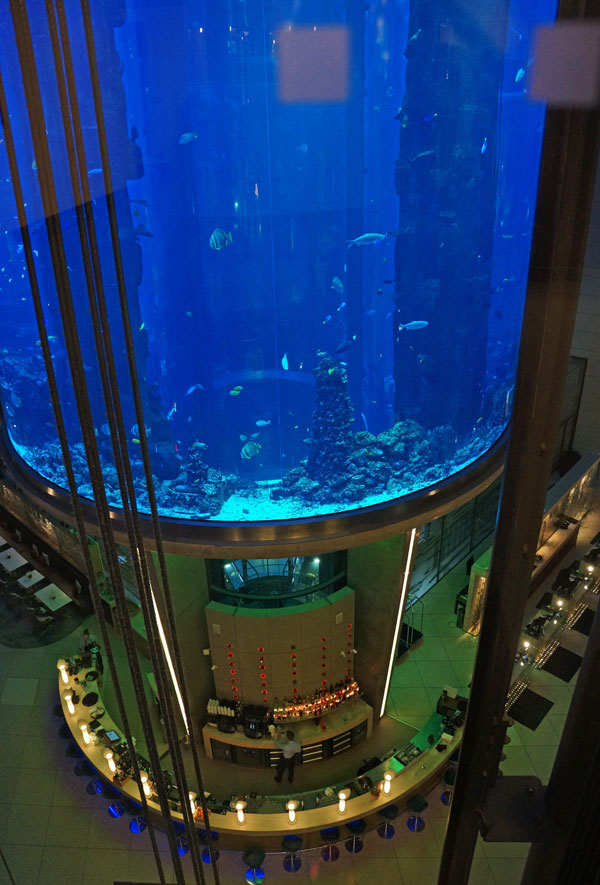 Realising that time was running away with me, I then had a frantic google to see what restaurants would still be open at, ahem, past 10pm on a Sunday night. Having lived in London for so long, I tend to forget that other cities don’t operate the same generous opening hours. Alas, I found a nice Italian restaurant and cocktail bar – not too hipster, not too glam – in the nearby Hackescher Markt, and enjoyed a healthy sweet chilli chicken and vegetable salad and a not so healthy gin cocktail, then fell into bed around midnight. 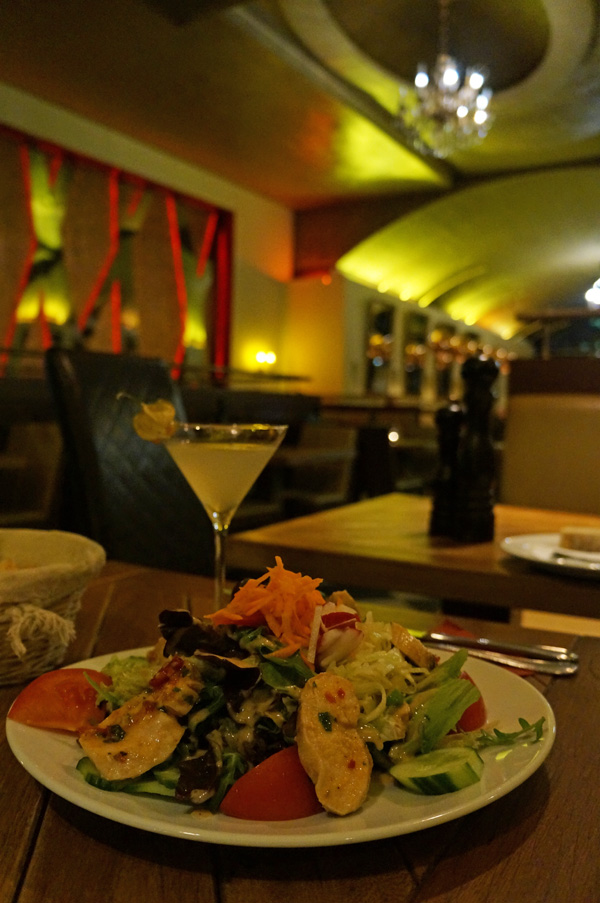 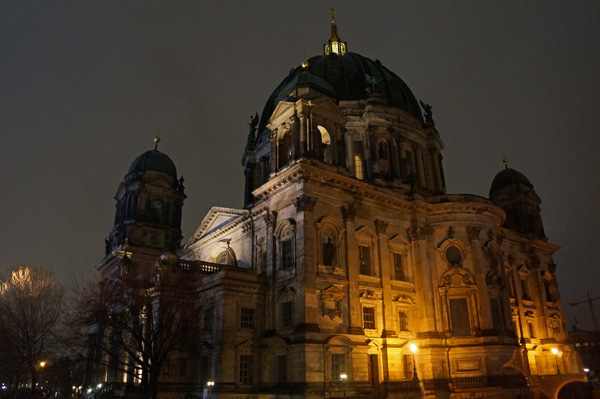 With my train leaving at 12noon the following day, I didn’t exactly have a lot of time to explore the next morning, so I decided to find a place for brunch and have a look at whatever sights I find en route – time allowing. Thanks to my hotel’s central location, on the 20-minute walk to House of Small Wonder, I passed the Berliner Dom, the Drei Mädchen und ein Knabe sculpture, the DDR Museum, the Museums Insel and the Neue Synagoge. 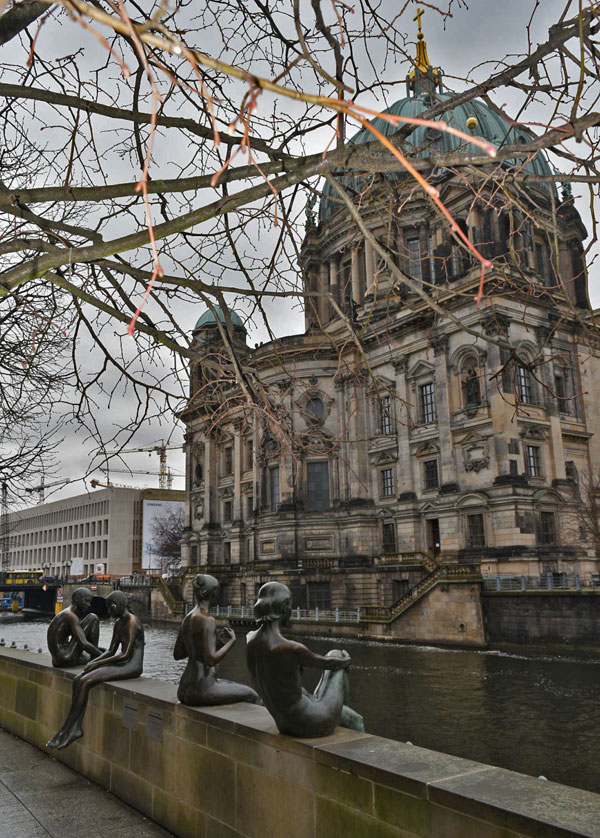 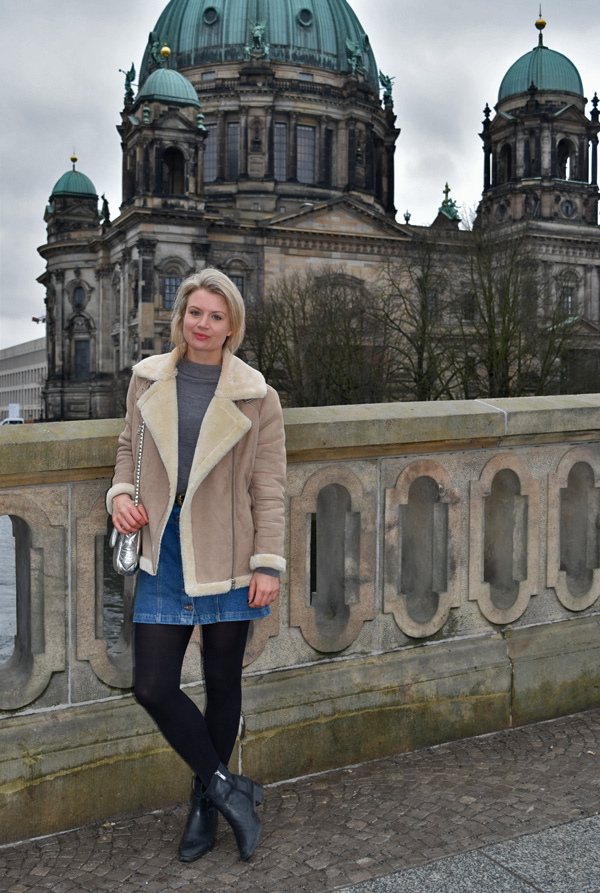 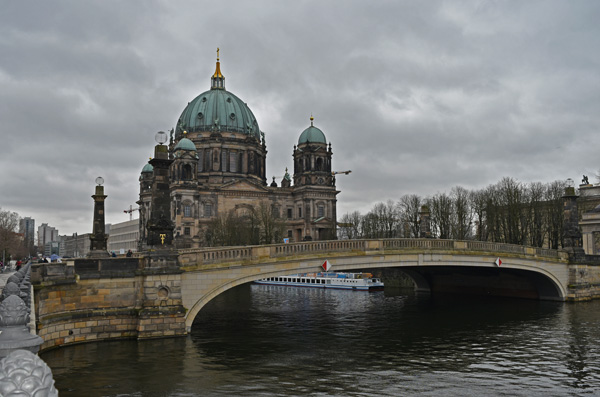 A quick look around the Lifesmyle design shop later, and I was nursing a strong black coffee in the Asian eatery. With a winding staircase, vintage furniture and more pot plants than you can count over eggs benedict, this was more like the hipster Berlin my friends had been raving about. As was the homemade banana bread I picked up at the Haferkater stall, an outlet of the original porridge cafe, in the station before hopping on my train. 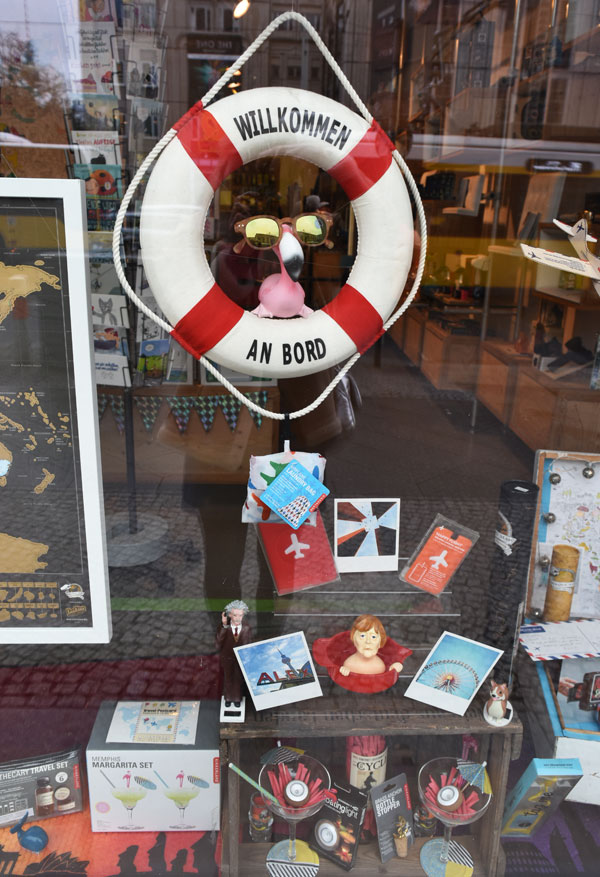 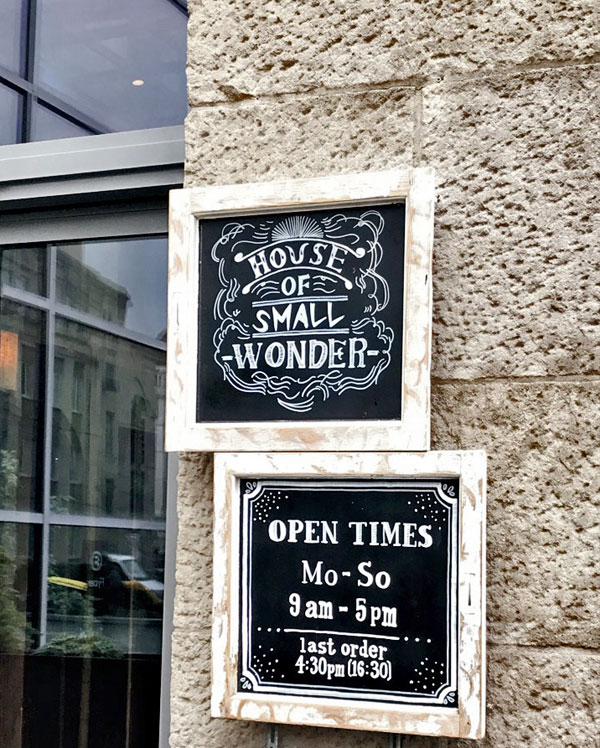 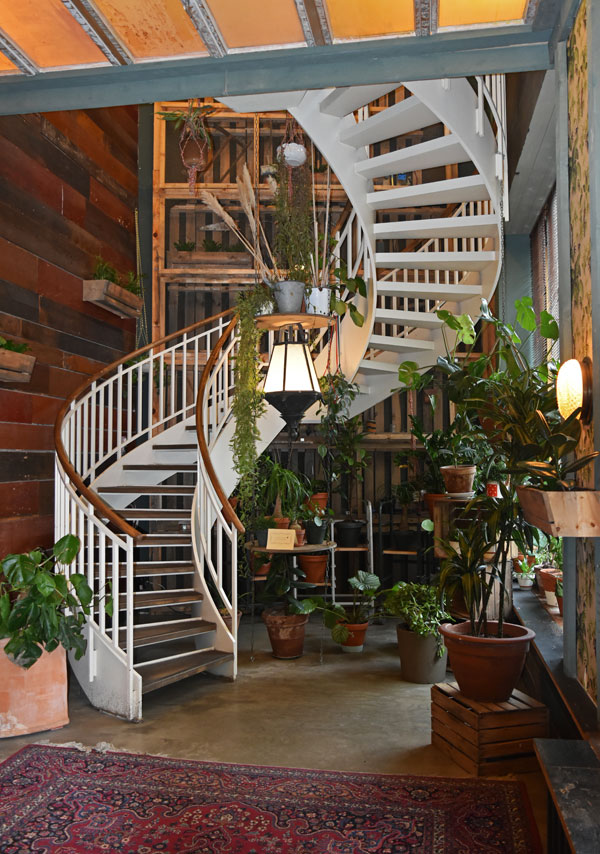 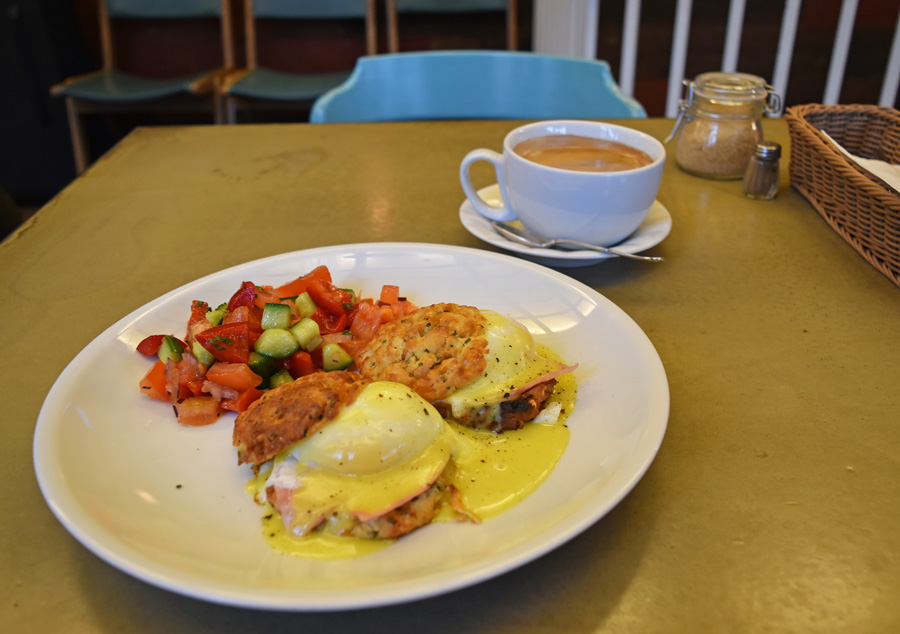 It was a whistle stop tour, and I would have been more annoyed with myself for not discovering more if I didn’t know my next stop was… Ibiza! Thankfully, with only one city on the island and about seven months before I head home, I should be able to share more tips on the places to be and the places to see in this destination. Unless room service gets in the way again! 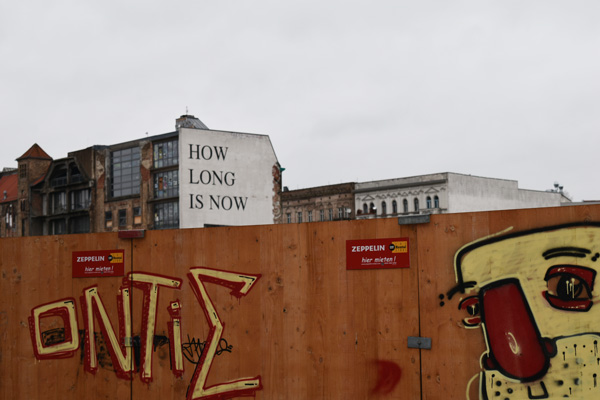 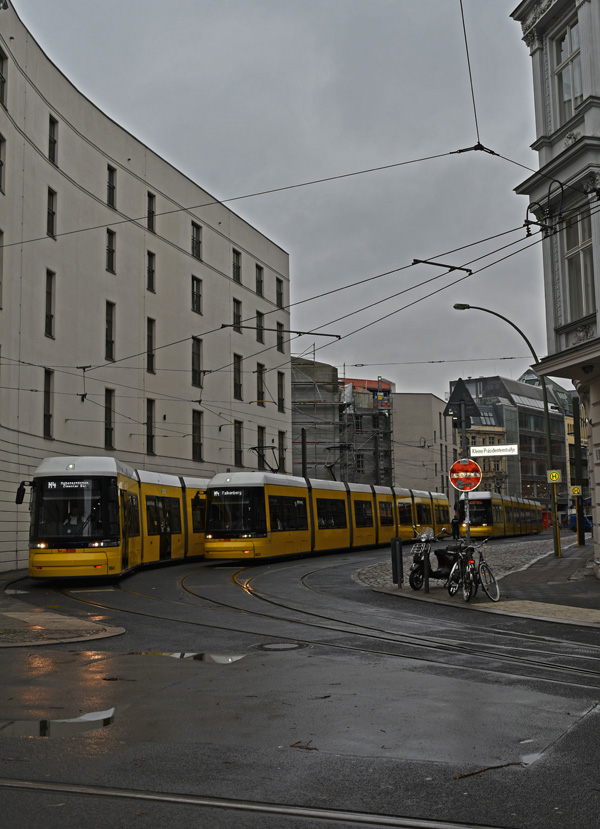 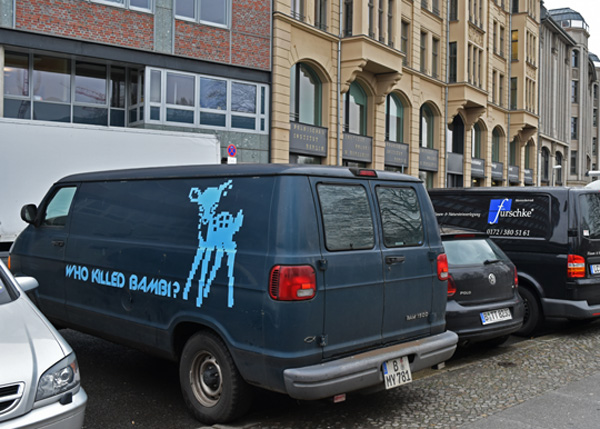 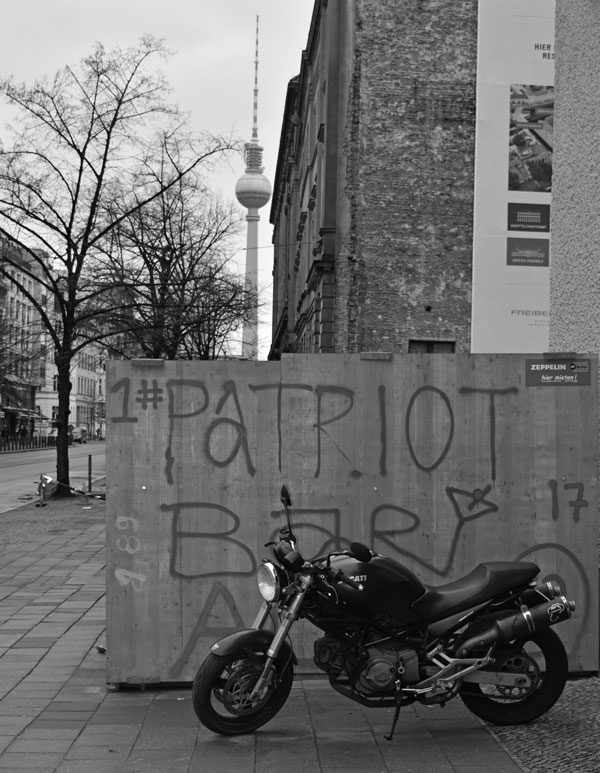