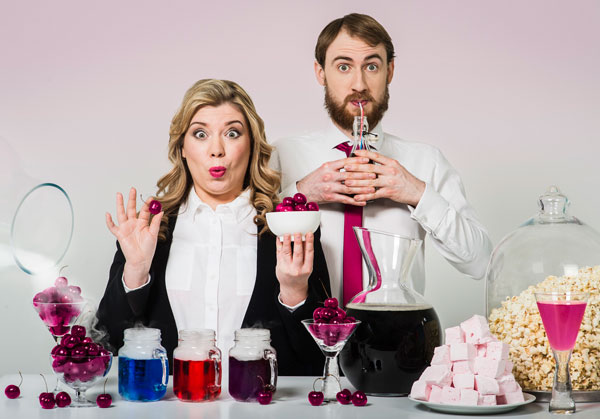 Whether it’s medicinal marshmallows, creating the perfect British summer picnic on a rainy spring day in central London or surprising people by shooting edible Pepsi Max Cherry mist in their face via a vortex cannon… if it’s an immersive and innovative sensory experience or food adventure you’re looking for, Brandy Wright is the woman to talk to.

For the designer and co-founder of events company The Robin Collective no idea is too crazy and she thrives on the challenge of combining her own artistic and technical talent with that of family and friends to make the seemingly impossible possible.

Here, Brandy tells us how she set up one of the UK’s most ground-breaking creative collectives and what it takes to transform a mind-boggling concept into reality… 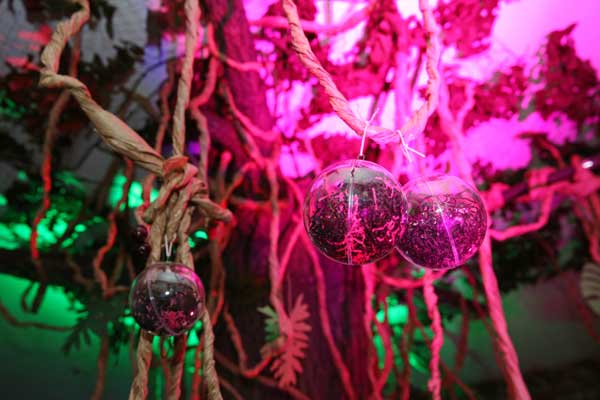 We take it you can’t get a degree in creating sensatory experiences! What did you study?

My background is in product design, which is an engineering type degree. After I graduated, I did a month-long internship with a graphic design company, and while the team was lovely it was there I realised that I wanted to go into events. It was around the time of London Design Week and I ended up picking up a flyer that featured all the exhibitors. I went along and approached everyone, talking to them about what I wanted to do and how I could get there. And that’s where I met some guys who worked for Bompas & Parr, who are famous for their work with jelly.

What was your next step?

I did an internship with them and that’s where I met my business partner Robin [Fegen]. At the time, Bompas & Parr were working out of their little flat, making jelly with pillowcases! Robin and I met on our first day of the job, recreating the Gherkin building out of gingerbread. Some time later, we bumped into each other again at the Architectural Punch Bowl, where we flooded 33 Portland Place with 1,000 litres of Courvoisier punch. And that’s how it all got started!

Was it tough setting out on your own?

We were lucky that Bompas & Parr were very supportive and really pushed us into doing impossible events and adventures with food. It was a learning curve – we went from starting a company to realising we needed to get an accountant one day and then, the following month, do some press. But little by little we worked it out. It’s been a lot of hard work and fun along the way. 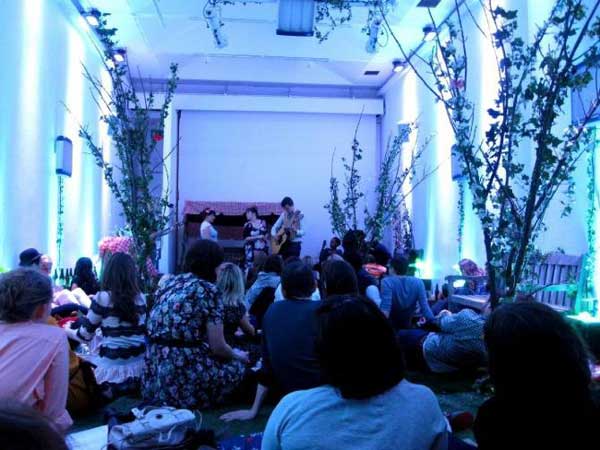 You describe yourself as a collective of creatives. How do you find collaborators?

A lot of our friends and family members are also from a creative background, so we collaborate. Robin’s sister might do some PR work for us in exchange for some future baby-sitting duties. It’s just become a thing to get our pals involved… One of them has got a bar tending license, so he can help out with the drinks, or another person does adverts made out of paper so we got her involved in set design – and it’s just grown and grown! Nowadays we have set team of seven people and a lot of them have stayed on from interning with us, while others are family members.

What was your first event you did as The Robin Collective?

The very first was the Courvoisier Café du Pique-Nique, an indoor picnic space where you sat on grass and underneath SAD lights. You could sit in warm sunlight and order a picnic basket at the beginning of March, when it was really gloomy. We even made sure that the room smelled like the perfect picnic, like a mix of orchard and sunshine. It was utter bliss and we actually had an engagement there!

Wow! Did you know about that?

The guy rang us up beforehand and asked if it would be okay to propose on the grass, so we gave him a free bottle of bubbly and he got down on one knee. After that, we thought, well, if we’re having people getting married [after our first event] we might as well do something else! 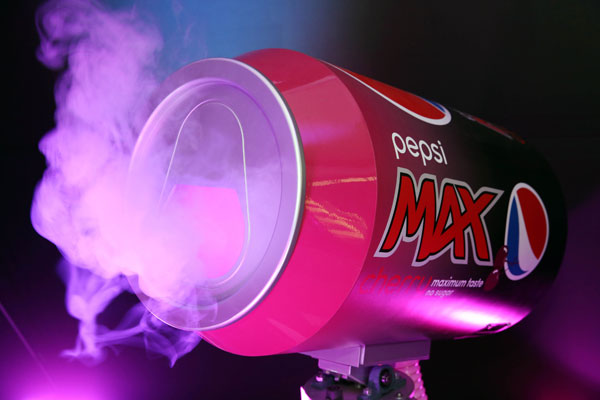 Have you got a favourite event?

Most recently, The Cherry Rooms was an amazing project because Pepsi let us go wild with our ideas. We were allowed to really go for it and do what we’re good at, which is going really crazy. We had a vortex cannon that shot edible Pepsi Max Cherry flavour in people’s faces and a room that rained Pepsi Max Cherry, which was really fun.

How do you work out the mechanics of all these incredible ideas?

Because of my design background, I do have a little bit of insight into how things work – a lot of the time even Robin is like, ‘Explain to me how that is going to happen?’. Some of our projects, when we start out they look like craft projects made out of duct tape. To demonstrate what the Pepsi vortex cannon would work like, we went to their office with a bin, a smoke machine and a shower curtain, basically blowing stuff in their face –  and they loved it!

Is there anything you haven’t managed to work out how to do?

At the moment we’re working on something that still needs a bit of testing. We’re trying to create ice cream that melts when it’s cold but stays frozen when it’s warm. We are getting frustrated because we’ve got the science right, but the texture and flavour isn’t quite there yet. When you have a gimmick like that, it needs to taste delicious, too. It’s fun to have a molecular cocktail that can change colour, but when it tastes gross that’s all you remember. 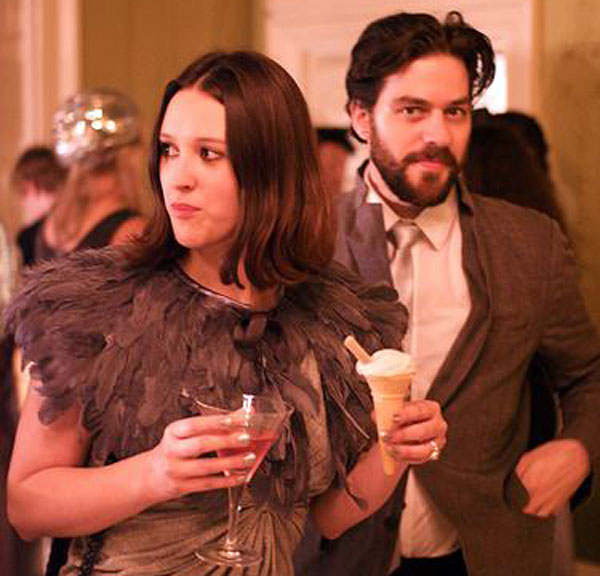 Where do you find inspiration?

I’m from Canada and Rob and I are really into American-isms, things that are very ‘Americana’. Most recently, we bought an ice cream van and we did it up as a silent disco DJ booth. That idea came from an American county fair ‘ice cream social’, where everyone brings different ingredients and then they milk a cow, make ice cream and dance.

We also get a lot of ideas from when we were at school, like children’s science projects and early stage chemistry. The vortex cannon was actually a classroom project – we just blew it up to 100-times the size!

What is the most challenging part of your job?

We get approached a lot by people who love what we do and they say they want to hear our crazy ideas, but when we show them the sketches they can’t visualise it. It’s frustrating when they ask for ‘crazy’ and then they’re like, ‘Actually, reign it back a bit’. If we’re left to our own devices we come up with the most bizarre stuff, but obviously we need to make sure it fits the brand.

Given free reign and unlimited budget, what would be your dream event to put on?

One that I have really wanted to do for years and years is based on an Victorian idea of having a feast in the belly of a whale. There was a restaurant in Charing Cross that had reenacted this and I would love to turn it into a really sensory supper club experience with a thumping heart and guests sitting on the ribcage. We have so many ideas like that, where we’re just waiting for the right client to come by.

Have you got any party tips we can try at home?

A really simple trick is to use an effervescent tablet, like Berroca, in drinks to make them glow under black light. But if you want to learn a full range of party tricks we offer a workshop called Extreme Garnishing where we give away all our trade secrets when it comes to molecular stuff! 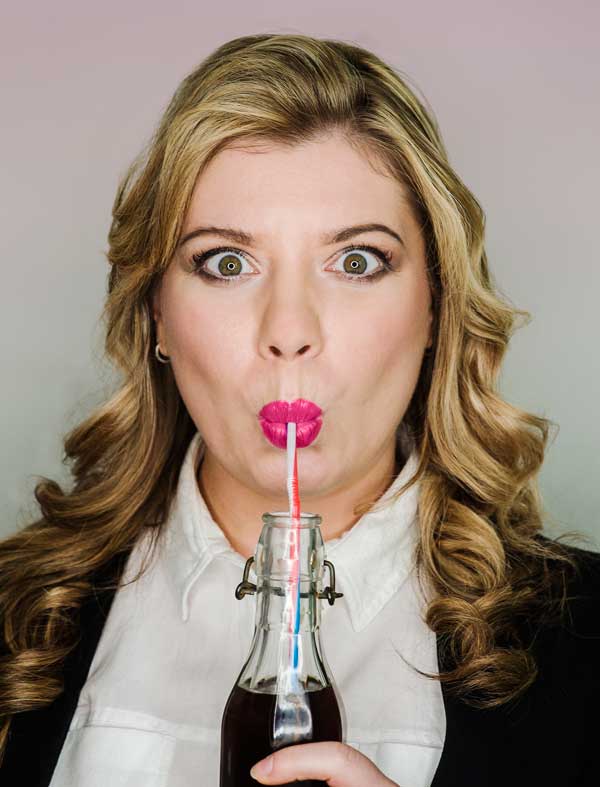 Brandy reveals how she turned her passion into a career

Brandy’s tips for starting out in events:

1. A lot of people go for art or design degrees and once you’ve got your creative packages, it also really helps to get to know the technical side of things, which is where product design is really helpful.

2. The right attitude is what makes or breaks people in our industry. As long as you’re really helpful and stay positive when things get frustrating, you’ll go far.

3. Keep the mindset that nothing is impossible – and that goes from introducing yourself to new clients to making something experimental work!

For more information on Brandy and Robin’s work and to see some of the events their company has put on visit www.therobincollective.co.uk.

Seven Beauty, Fashion And Food Advent Calendars You Can Still Get

Left it a little late to snare one of 2016’s most coveted advent calendars for adults? Yep, a fair few of the hotly sought after pre-Christmas treats are sold out…