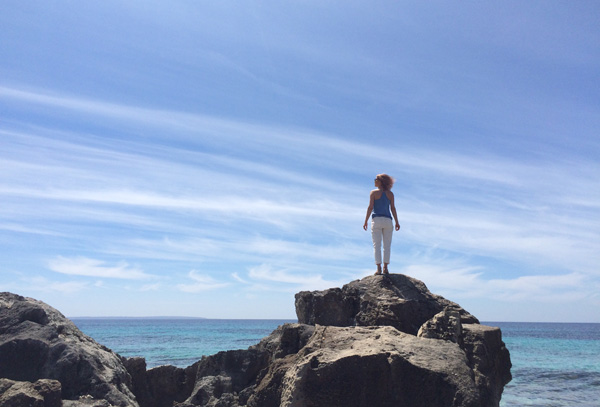 After years of city life, it’s time for a new adventure…

Falling in love with London was easy.

I still remember the feeling of exhilaration when I spent my first day in the big city on an unusually sunny and hot summer’s day in August 2003. Fresh off the plane from Germany, I had planned to do a four-week language course and a further month of work experience before heading to university in my home country. I knew within a matter of hours I was going to stay. 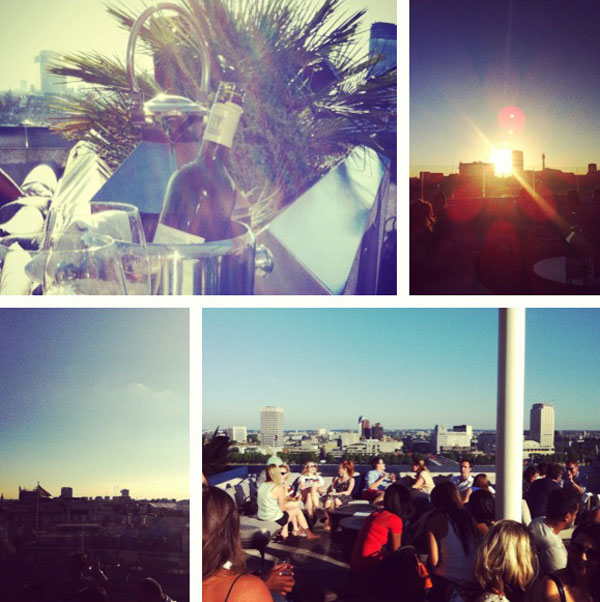 London in the summer can be pretty spectacular. If you get lucky with the weather. 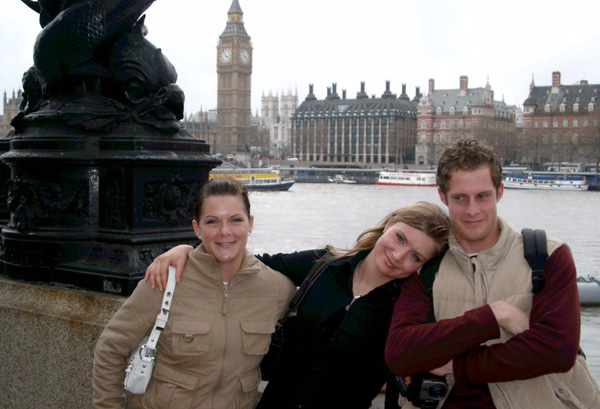 Exploring London with my best friends from home back in… 2006?

Falling out of love with London, in comparison, was a much slower process. After years of uni fun, I couldn’t wait to start my career in journalism and it never occurred to me for one second to return to Germany. I loved living in the UK, had made great friends and when I landed my first internships at the glossies, I loved working in the hustle and bustle of central London. It felt incredible glamorous to go to press events in fancy cocktail bars and hotels. 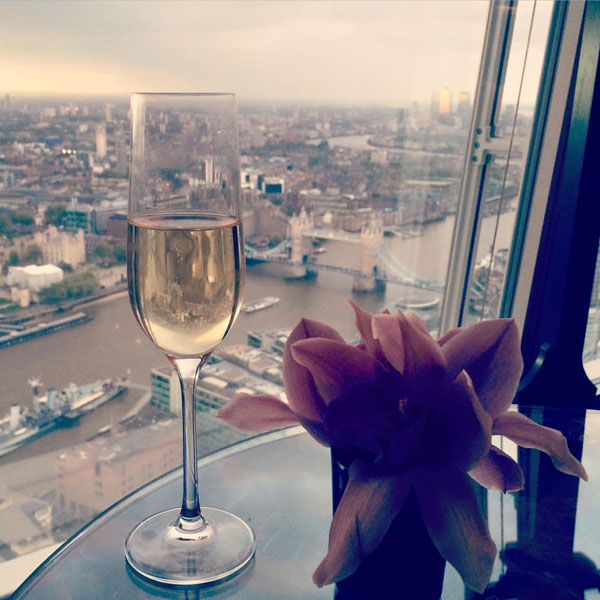 Toasting London at a press event high up in the clouds.

Living in the (back then) decidedly un-gentrified South of the city with two girls that soon felt like sisters, working all hours at a restaurant to make ends meet and spending what little time off I had partying was fun in my early to mid-twenties. And as the years went by and I climbed the career ladder, giving up my part-time job and moving to Angel with all its lovely brown brick townhouses, bars and restaurants gave me a new lease on London life. 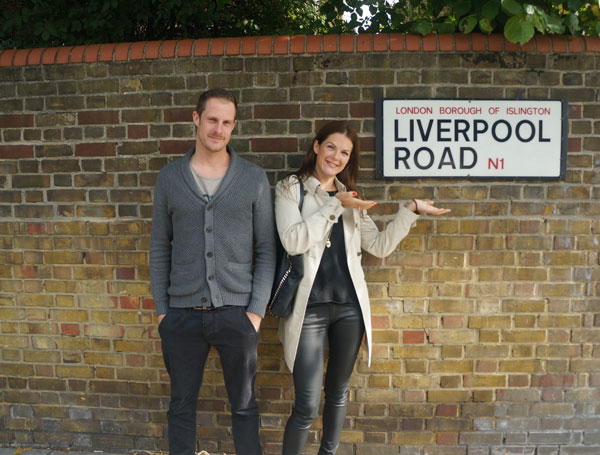 My friends helped me to settle into my new home in the North of London. 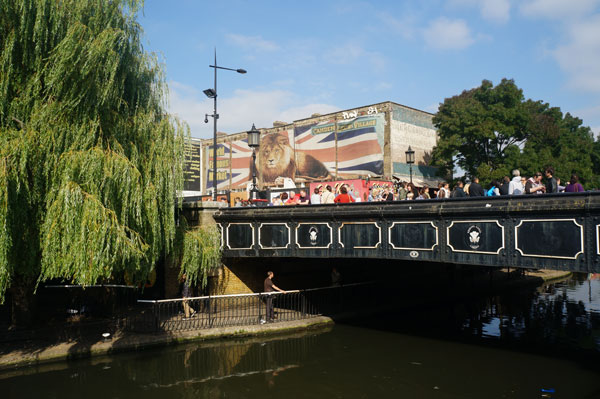 Enjoying a summer’s day in Camden. 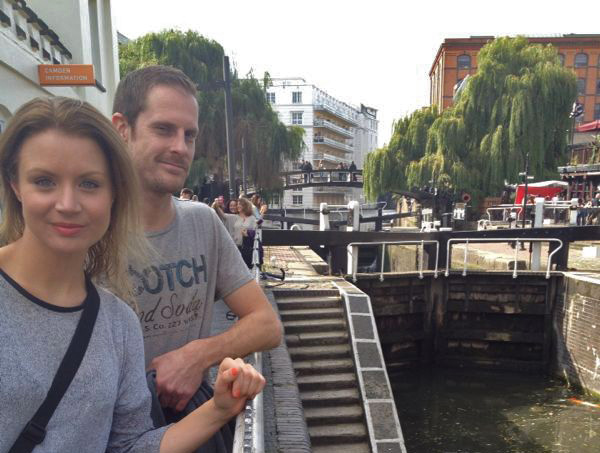 Getting back my evenings and weekends after years of working in catering allowed me to make the most of living in a city with so many exciting cultural and culinary events and experiences on offer. So for a few more years, working hard – by now as an online editor in the TV industry – and playing harder kept me busy and entertained enough not to question my lifestyle. 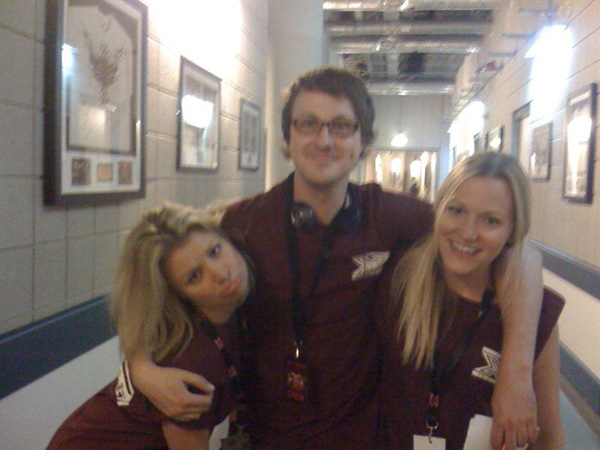 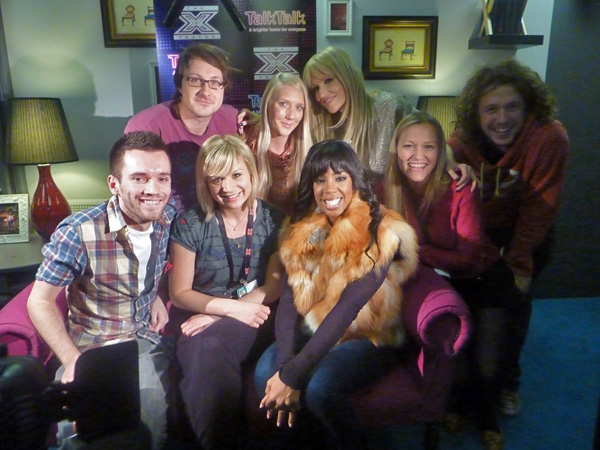 I made some lifelong friends working in TV. Kelly Rowland included. (Not really.) 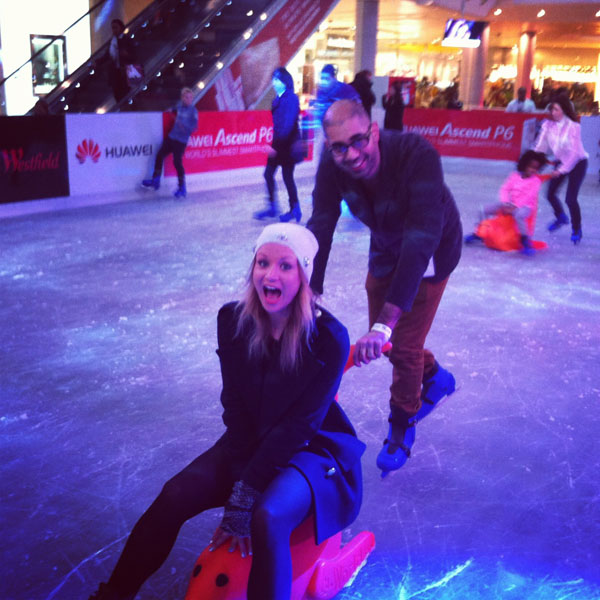 My friend and roomie Dino and I enjoying one of the more random activities London offers.

Slowly but surely though, the frustration started to set in. Lack of space and overpriced rent were perhaps the first things that started to get to me, followed shortly by the tube, the general crowdedness of the city and the famously temperamental British weather. I’m generally happiest when I have plenty of space, light and warmth around me, and I began to realise I was living a life that offered me very little of these things.

Navigating my way around a small flat surrounded by stuff, pushing on the tube everyday and spending six months of the year in the cold and dark, I started to live for holidays in the sun. After years of living London life to the fullest, the cocktails and dinners could no longer make up for the things I felt it was lacking. 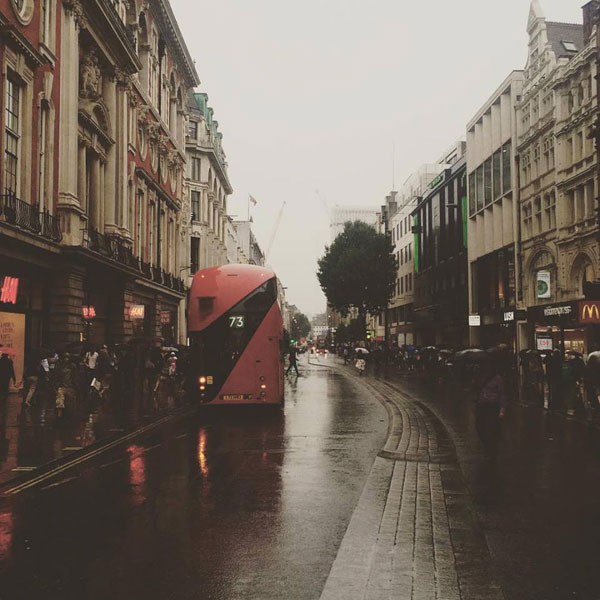 Grey skies, wet streets and lots of people. I present to you the Great British Summer.

So at the beginning of 2014, I made my first escape from London by taking a three-month sabbatical to visit Australia and New Zealand. You can read about my trip to Down Under here, but to cut a long story short, although I had a great time I surprised myself by missing London and my life back in the UK very quickly. Around the same time, my grandmother fell ill so I cut my travels short and returned to Europe. 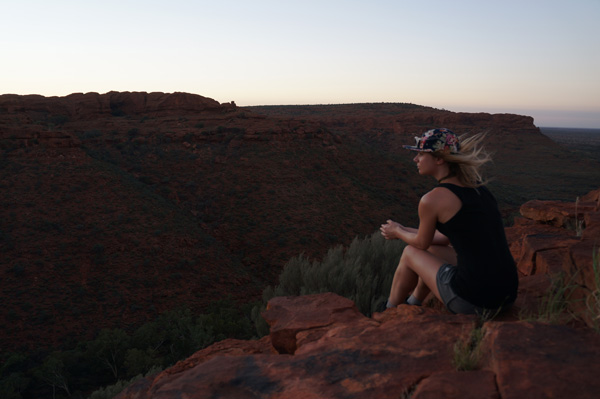 Watching the sun rise in the Australian Outback

I landed a great job as Style Editor at Mode Media and moved in with a close friend of mine, determined to give London life another go with renewed enthusiasm. I threw myself into my new job and had an amazing time going to press events, covering events like Wimbledon and Bestival and working London Fashion Week.

Sadly, my grandmother passed away shortly after my return. Inheriting some money, I suddenly found myself in the position to consider buying a flat. So, despite a long commute into work every day, it made sense to stay with my friend in Enfield until I made a decision on how to move forward. If I’m being honest with myself, though, I felt like I was treading water and was unsure what to do next. 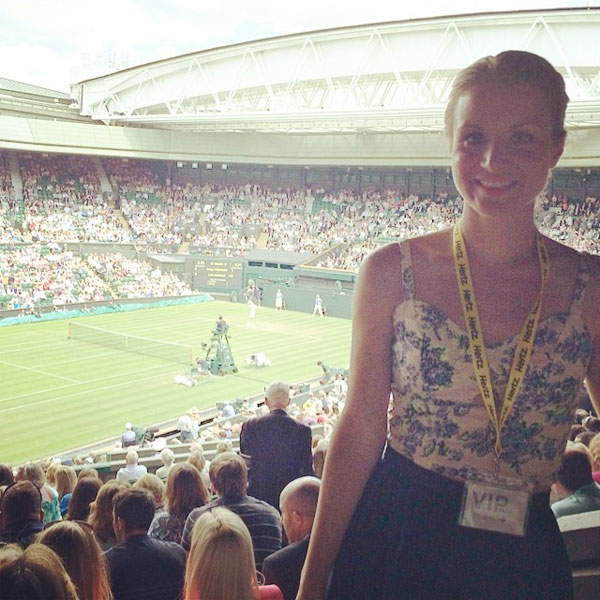 Trying to look like I have a clue about tennis at Wimbledon 2014. 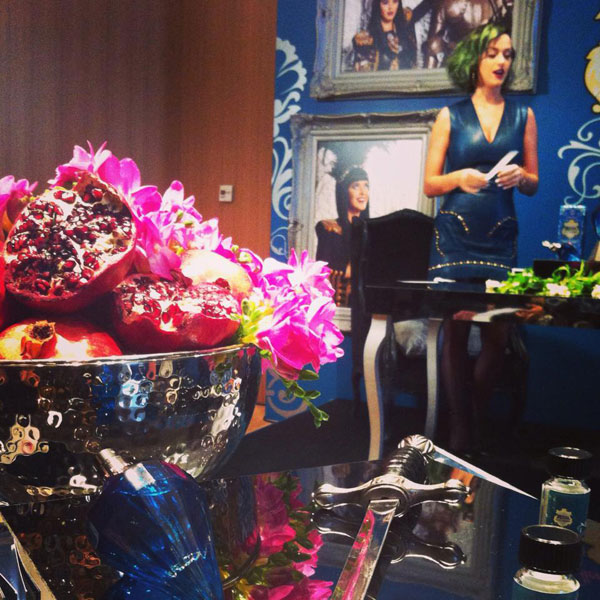 Interviewing Katy Perry for Glam UK a couple of years ago. I was not supposed to take this pic. 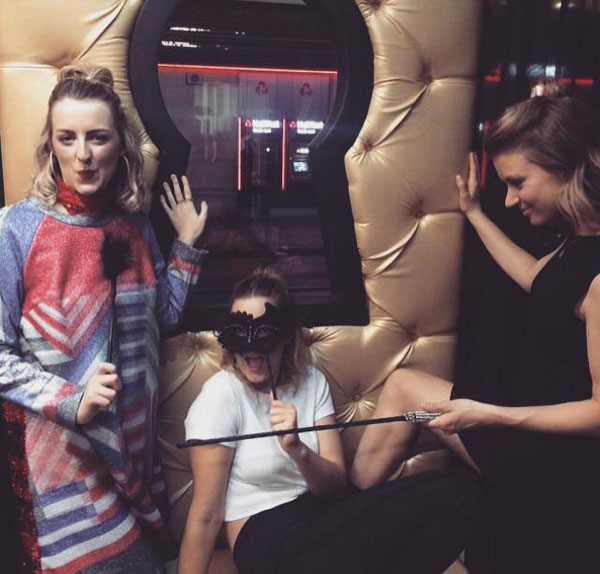 Cutting loose at a LFW after party…

Then came a press trip to Ibiza. My love for the White Isle is, you could say, well documented on all my social media profiles and I often sound like I work for the Spanish Tourism Board going on and on about how amazing the island is.

Far from my first visit, this time we were hosted by Essential Ibiza, a website that gives you access to everything you need to have the best time possible on your Balearic holiday; from reviews to concierge services, party tickets to boat charter and pretty much anything else you can think of. 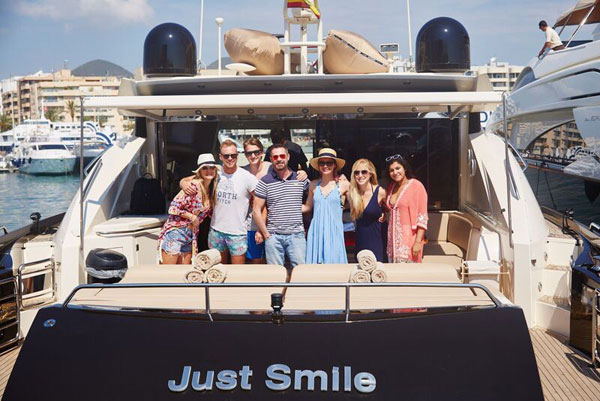 The press trip that changed everything. 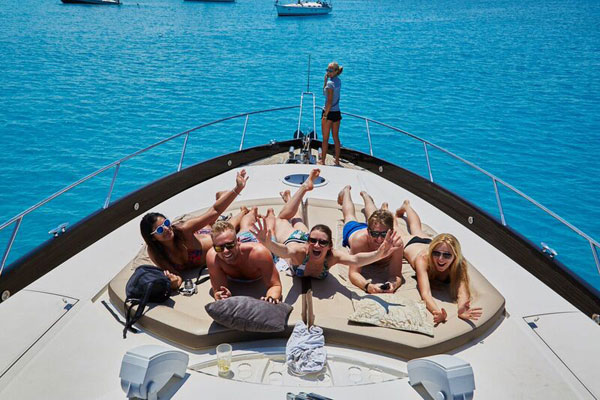 Do I even have to explain? 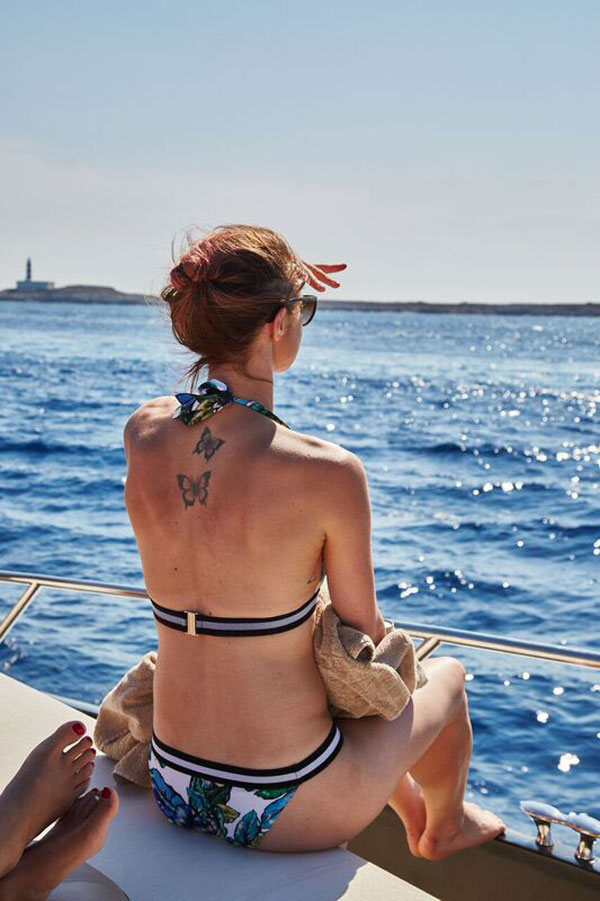 Probably pondering how to make ‘living in Ibiza’ happen…

I had such an amazing week, the trip made me seriously reconsider my options. I had wanted to move to Ibiza for many years, but it always seemed too much of, er, a ridiculous fantasy to actually make it happen. But meeting several people during my time hanging out with the Essential Ibiza crew, who had actually taken the plunge and told me how much they love island life, for the first time it seemed actually possible. I don’t think I have ever felt more misplaced than when I woke up on the train home looking out over a grey industrial estate rather than the White Isle’s sun drenched rolling hills. 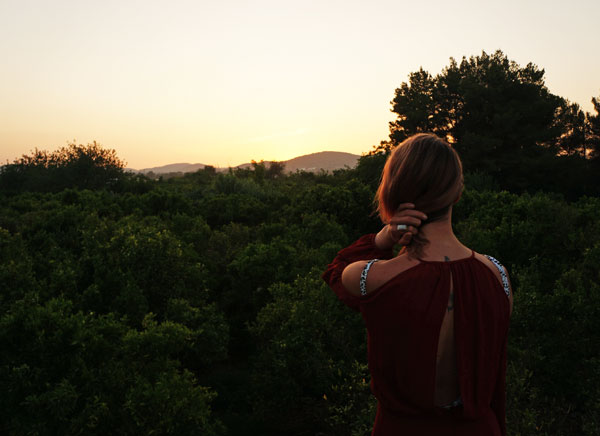 Yet another reluctant last evening on the White Isle…

Fast forward a few months and London’s insane housing market, a daily three-hour commute to and from work and the British winter had seriously taken their toll, so, on impulse, I fired off an email to the Essential Ibiza team to see if they might have any job opportunities for the 2016 season. As luck would have it, they did. It took me approximately zero to no time to decide to just do it already and move to Ibiza. 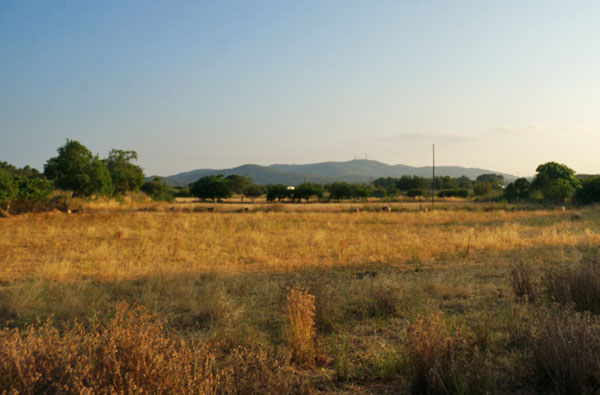 The fields of Ibiza vs London Zone 6. No contest, really. 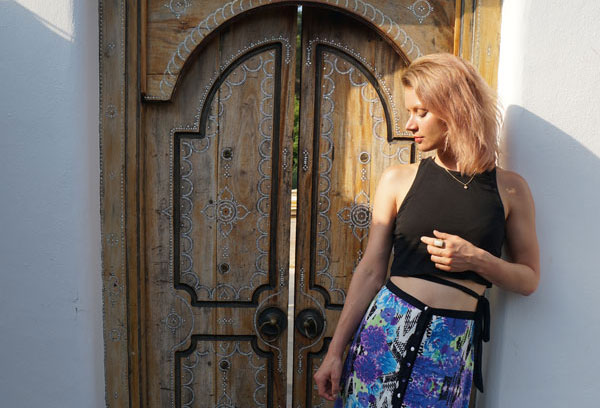 So, in just a couple of days, I’m going to fly out on a one-way ticket and swap Zone 6 and my London career for sunshine, sand and what I hope is going to be a better quality of life. It’s a dream of mine that has probably been a good ten years in the making, so while I’m a little bit nervous the overwhelming feelings I have about the move are excitement and joy.

Until then, I have an awful lot of packing to do… so I’ll leave you with what I hope is a little encouragement to change the things you’re not happy with and not to be afraid to shake things up every once in a while. 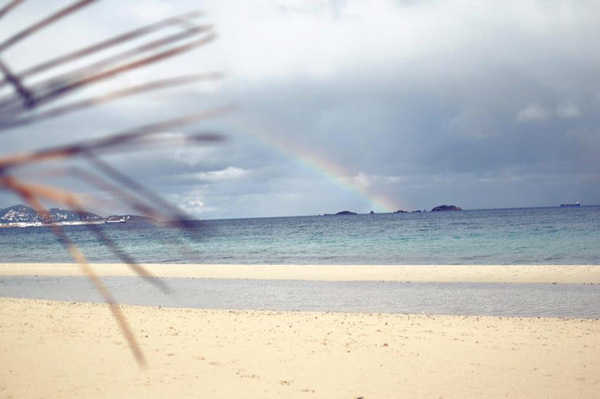 If you like Ibiza and want to know how I’m getting on living on the White Isle, you can stay in touch via the following channels:

And if you’re visiting the White Isle yourself, make sure you stop by Essential Ibiza first. See you on the beach!

Taylor, Rihanna, Justin… This mash-up mixes all of 2015 biggest hits in one epic video!

If you’re a pop fan, Christmas has come early for you. Because thanks to a genius producer who goes by the moniker of DJ Earworm, you can now watch 50 of the biggest…